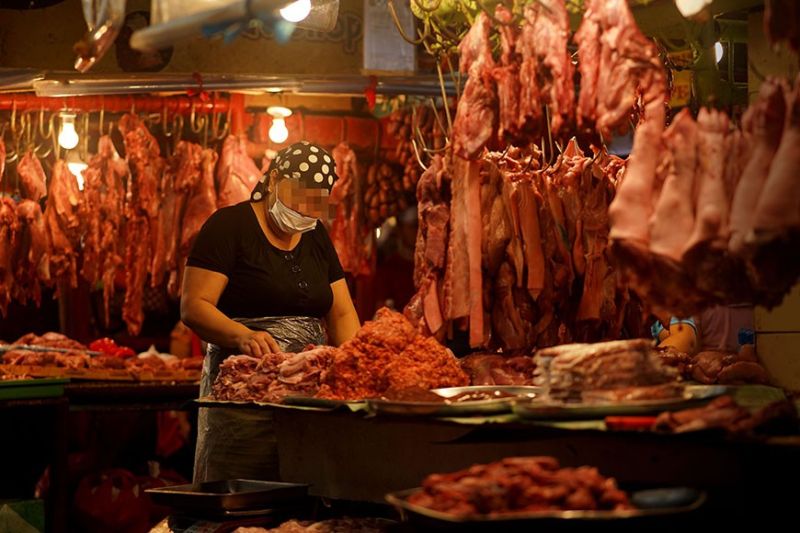 A DAVAO City councilor has urged the public to consume less pork and to look for alternative meat products to mitigate the impact of the price surge of pork products in the market.

In his privilege speech on Tuesday, March 2, Councilor Ralph Abella, who chairs the committee on food and agriculture, said the African Swine Fever (ASF) and the lockdown restrictions imposed by the Covid-19 had impacted the pork production in the city resulting in its price increase.

"The fastest way to reduce the demand for pork is not to buy pork, not eat pork, or buy less. That's the only way mintras naa pay (while there are still cases of) ASF," Abella said.

The councilor said while the National Government is finding ways to come up with a plan to address the price surge, he said there is a need to have "both short and long-term strategies" to mitigate its impact.

"The short-term strategy includes a campaign drive, initiated by the city, to promote the reduction of pork consumption. Not only would less consumption of pork be beneficial to our health, but it may also contribute to preventing the increase of pork prices," Abella said.

Lower demand for pork, he said, will unburden the supply side and reduce the price of the product.

He said resorting to other alternative sources of protein such as chicken and rabbit could also help reduce demand for pork. For healthier choices, the councilor suggested tofu, broccoli, asparagus, and avocado as a source of protein.

"These consumable goods will fill our everyday protein needs an average of 50 grams of protein per day," Abella said.

The long-term strategy for pork price reductions includes the repopulation of swine.

"By stimulating repopulation, it will create enough stock to ease the overstretched supply lines of pork and other byproducts of the market," he said.

Allowing backyard hog raising for fattening is also another long-term strategy, provided it is odor-free and follows the health and environmental protocols in the sanitation code, he said.

He also said it is timely that the city supports backyard hog raising, which is currently restricted by the City's current zoning ordinance.

According to him, approximately 60 percent of the city's pork supply comes from backyard hog raising.

"They are small-scale hog raisers, but when lumped together, they will produce a majority of our supply," Abella said.

In a committee hearing with different hog raising associations, he said promoting backyard hog raising will benefit the supply chain in the city in the long run.

The councilor also said the City should impose a total ban on and selling of imported frozen pork and by-products coming from ASF-infected countries.

He also said that consumers should also be vigilant in consuming products in the form of canned goods such as meatloaf, sausage, and ham displayed in grocery stores.

"It would be futile if we set up strict implementation in our borders, and ports we failed to take cognizance of this imported pork canned goods," Abella said.

He said his committee will conduct a committee hearing with other concerned agencies to address the issue of banning the entry of pork and by-products in ASF-infected countries.