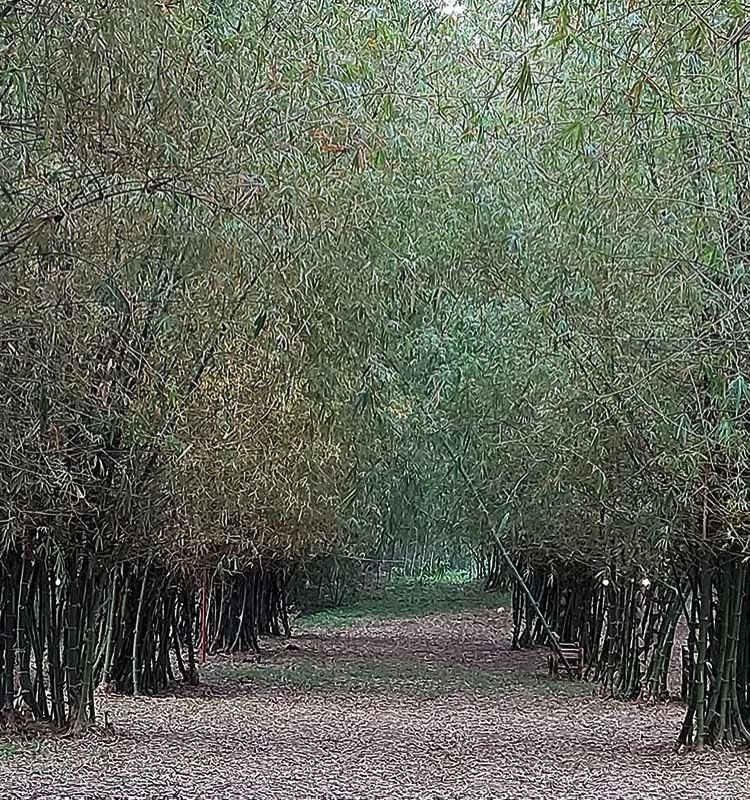 ONE would not expect a hidden treasure in the middle of sugarcane and banana plantations in the northern town of Medellin.

Known as Cebu's sugarcane bowl, the town of Medellin now has a new tag on the map for tourists to explore -- the manmade Bamboo Forest.

But the manmade forest has existed six years ago. It was only in August 2020 when it was opened to tourists. It became a hit for local tourists in November 2020.

On Valentine’s Day, tourists visiting the manmade forest reached 8,500, according to the caretakers.

Miranda planted three varieties of bamboo to protect the adjacent banana and sugarcane plantation from the nearby Hagnaya Bay.

The manmade forest is divided into seven rows at 300 meters each row. Each row has its theme to showcase. One has an old tractor on display. The tractor was used to be one of the machinery in the neighboring sugarcane plantation.

The physical beauty of the forest is just one of the treats, but the peaceful and calming sound from the rustling of the leaves and creaking of the swaying stalks is a natural bliss.

The manmade forest was likened to the Sagano Bamboo Forest or Arashiyama Bamboo Grove in Kyoto, Japan. Standing amid the towering bamboo forest is like being in another world, especially with its meditative natural noise.

When the wind passes the stalk bends and creaks, the leaves rustle while trunks knock together creating a meditative sound.

Scientists have so far recorded more than 1,600 bamboo species, which combined cover more than 31 million hectares of land in Africa, Asia, and Central and South America.

Bamboos feature heavily in cultural traditions like in Indonesia. It is used in ceremonies and the construction of such instruments as the Balinese rindik (musical instrument) while its symbolism of modest character and longevity is heralded in China. In rural Nepal, babies sleep in beautiful bamboo cradles and the dead are buried in bamboo coffins.

Editors Note: Do you have road trips to share? Just send your pictures and a description of the place, how to get there, the amenities and fees at sunstarcebusocmed@gmail.com. Now hit the road and explore what is on the horizon.

How to get there

From the North Bus Terminal take any bus or V-hire going to Kawit, Medellin.

Bus fare is P180 per person while V-hire is P170 per person. Dropped off at the town proper and take a tricycle or motorcycle-for-hire to the bamboo forest.

Use Waze or Google Maps to navigate to your destination set to Bamboo Forest in Luy-a, Medellin.

Senior citizens and children 10 years old and below are free to enter the forest but adults need to pay P20 as entrance free.

Bring your garbage as you leave the forest and do not vandalize the bamboo stalks with your confessions of love or your check-in status in the forest.
< Previous PageNext Page >