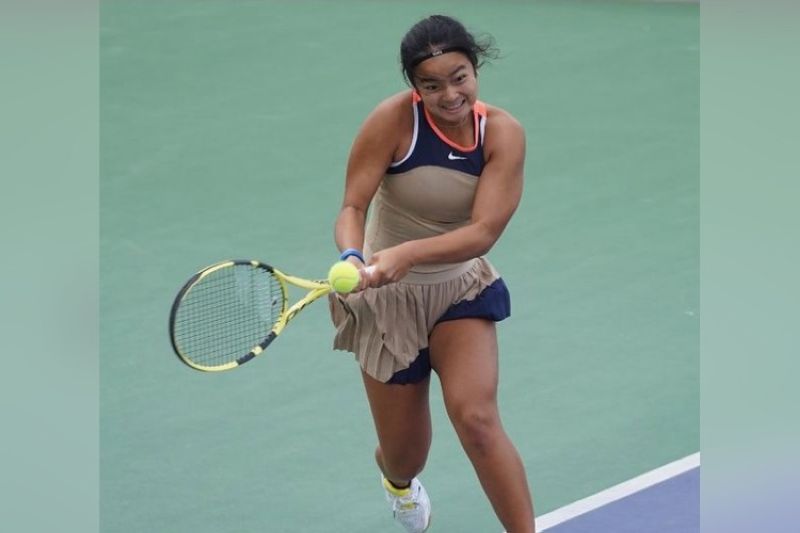 Filipina tennis star Alex Eala did not miss a beat in her return to action as she disposed of Swiss rival Simona Waltert at the start of the W25 Manacor in Spain. (RNA photo)

Filipina tennis sensation Alex Eala returned to action in decisive fashion as she ousted Swiss netter, Simona Waltert, 6-1, 6-4, in the first round of the International Tennis Federation (ITF) W25 Manacor in Mallorca, Spain.

Seeing action for the first time since she exited the quarterfinals of the W25 Grenoble in France a few weeks ago, the 15-year old did not miss a beat as she broke the serve of Waltert—who is ranked no. 284 in the Women’s Tennis Association (WTA) singles rankings—three times to convincingly claim the first set.

The second set, though, saw the 20-year old Waltert play a lot better to keep in step with Eala. The second set was tied at 4-4 but Eala inched ahead by breaking Waltert’s serve. The scholar of the Rafael Nadal Academy then held serve to close the match in an hour and 45 minutes.

Eala will be taking on the third-seeded Jana Fett of Croatia in the second round. The 24-year old Fett already has five pro titles across her name and is no. 210 on the WTA singles rankings. (JNP)