Vic Manuel on Cebuano Barkley Eboña: ‘He got next’ 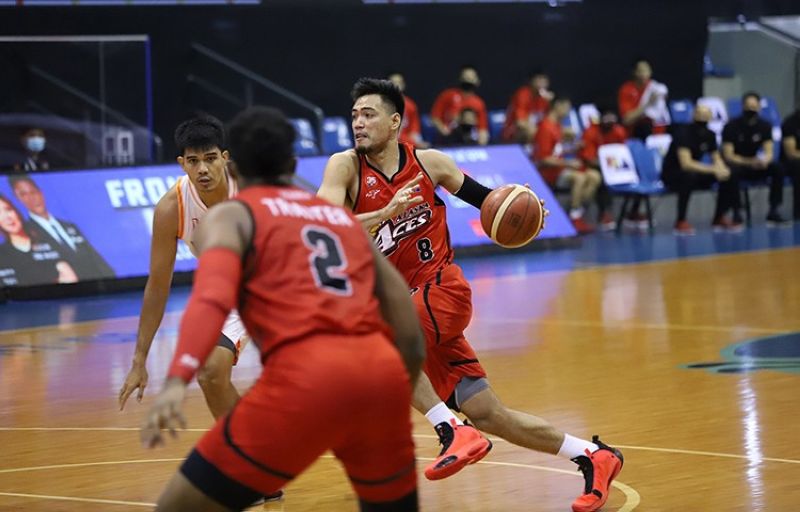 Phoenix power forward Vic Manuel has high praise for Cebuano big man Barkley Eboña who he says will benefit from his departure from Alaska. (PBA photo)

Manuel, who was recently traded from Alaska to Phoenix, says the 6-foot-6 Eboña is fully capable of stepping into his shoes over at the Aces camp.

“Siya na yung next doon. Magaling yung bata. May papalit na kay Vic Manuel doon (He’s got next over there. The kid is good. He’ll replace Vic Manuel over there),” Manuel was quoted as saying on Spin.ph

Eboña, who played for the Cebu Institute of Technology-University and then, Far Eastern University, was the fourth overall pick in the 2019 PBA Draft. He showed tremendous promise during his rookie season inside the bubble last year, which included a 24-point performance in Alaska’s 120-82 win over Blackwater.

With Manuel and Aces big man coach and PBA legend Danny Ildefonso showing him the ropes, Eboña eventually finished runner-up in the Rookie of the Year race, which was won by Meralco’s Aaron Black. Still, Eboña made it to the All-Rookie Team on averages of 7.2 points and 3.3 rebounds.

Manuel and Eboña had gotten so close that the former relayed that the latter got emotional when he learned of his mentor’s departure from the team.