What you need to know peanut butter 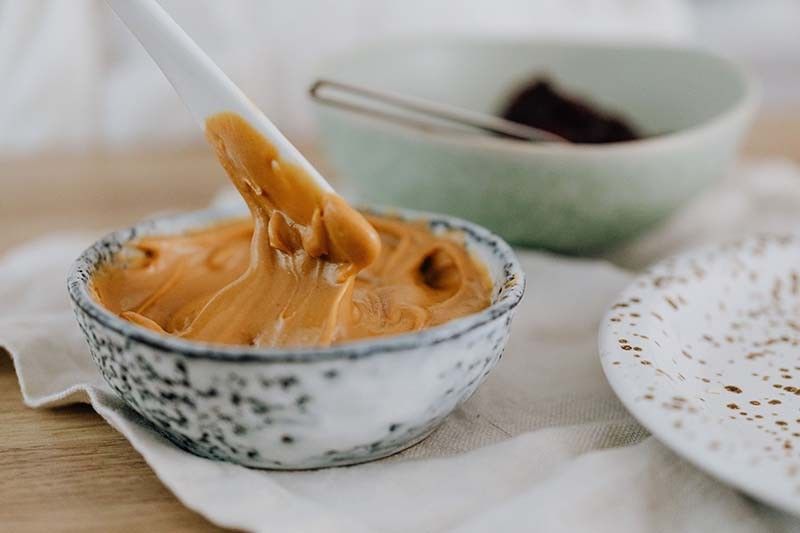 RICH, thick, and most definitely a classic!

Peanut butter, whether it’s smooth or crunchy, will always be one of those food seen on television that has piqued a child’s curious palate.

Sweet, creamy, and a little salty, this treat is a perfect spread for toasted bread—or on its own!

On March 1, the world celebrated Peanut Butter Lover’s Day. If you are a “true” lover of the nut butter, how knowledgeable are you of its beginnings?

Peanuts date back to around 3,500 to 4,000 years ago. Although there’s no exact information on where it originated, the National Peanut Board in the US mentioned that the mighty legume may have originated from Peru or Brazil in South America.

Way before Dr. John Harvey Kellogg—yes, the famous man behind Kellogg's cereal—patented a process for creating peanut butter from raw nuts, The HuffPost said that the Aztecs used to mash roasted peanuts into a paste. The National Peanut Board also said that tribes in central Brazil would ground peanuts with maize to make a drink.

But how did the humble legume turn into the famous peanut butter? We can thank four people for that and those are:

Born on February 7, 1849, Marcellus Gilmore Edson was a Canadian chemist and pharmacist who was the first person to patent modern peanut butter.

By milling roasted peanuts until they reached "a fluid or semi-fluid state,” Edson developed the peanut paste for people who weren't able to chew solid food.

Kellogg was a doctor, nutritionist, and advocate for a plant-based diet.

In 1895, Kellogg filed a patent for a proto-peanut butter. Unlike Edson's that used roasted peanuts, Kellogg used boiled nuts. The Smithsonian Magazine said that Kellogg called his peanut butter "the most delicious nut butter you ever tasted in your life." However, it should be known that modern peanut butter enthusiasts agree to disagree with him.

Dr. Ambrose Straub invented and patented the machine to make peanut butter in 1903.

Similar to modern times, peanut butter back then was sold in tubs. The only difference is that one would have to continuously stir on the nut butter now and then with a wooden spatula to avoid the oil from separating. Failure to stir would spoil the creamy delight.

That's when Joseph Rosefield stepped in.

Partial hydrogenation is a chemical process that converts naturally liquid oil into one that’s solid or semisolid therefore remains blended into the mixture.

Eventually, peanut butter became even more popular as this became an integral part of the Armed Forces rations in World Wars I and II.

Now, people can easily buy a jar of peanut butter from their local grocer—or from Instagram stores that offer healthier options!

Before this article comes to an end, did you know that peanut butter has to be at least 90 percent peanuts? This was after the Food and Drug Administration finally put a foot down on manufacturers after 12 long years in the battle for standards. Due to its high demand, manufacturers would resort to using fillers like oil and glycerin.