WHO warns against deviating from prioritization framework 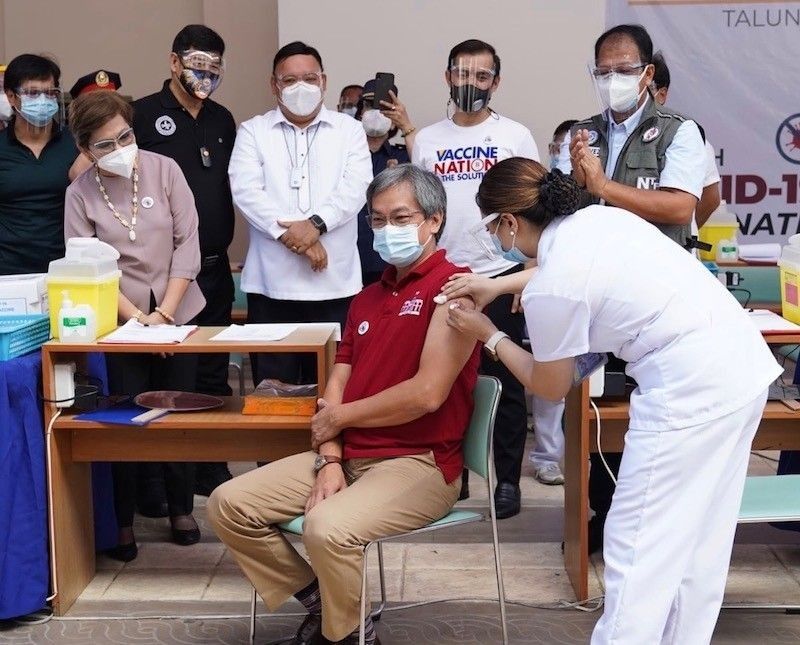 MANILA. Dr. Gerardo Legaspi, director of the UP Philippine General Hospital, is the first to receive the Sinovac vaccine on March 1, 2021. (File)

FAILURE to follow the prioritization framework in the implementation of the vaccination program against coronavirus disease 2019 (Covid-19) could put vaccine shipments from the Covax facility at risk, a World Health Organization (WHO) official said on Thursday, March 4, 2021.

Under prioritization roadmap of the WHO, the first to receive the vaccines should be the healthcare workers, elderly and people with comorbidities.

“If we want to ensure that we continue to access the vaccines from the Covax facility, we need to demonstrate that we can follow this prioritization,” WHO country representative Dr. Rabindra Abeyasinghe said in a virtual briefing.

“If we cannot demonstrate that we are following this prioritization, unfortunately the Covax may have to consider other options where the impact of the vaccine rollout will be more useful and practical and will contribute to saving more lives,” he added.

The Covax facility is a global initiative that aims to ensure equitable access to the vaccines and ensure the immunization of the priority population who are considered as the most vulnerable to Covid-19.

Health Secretary Francisco Duque earlier said he has ordered the conduct of investigation into the vaccination of some government officials using the Sinovac vaccines.

Galvez said he will also ask concerned agencies to look into the vaccination of House health committee chairperson Angelina Tan, who is also a doctor.

In her defense, Tan said she should not be investigated as she is still considered a medical frontliner since she has continued to make weekly rounds to provide free consultation.

Galvez urged government officials to wait for their turn and give way to health workers as they are more vulnerable to the infection.

“Yun nga ang sinasabi ng (Health Secretary Francisco Duque III) na if we deprive one dose for one healthcare worker baka mamaya maging victim ng Covid. It will be a moral obligation for us,” he said.

Beverly Ho, DOH director for Promotion and Communication Service, cited the finding of focus group discussions (FGD) and social media posts that the public confidence in vaccines is likely to increase after they see officials get it first.

She said, however, that the health workers should still be inoculated first because of the limited supply. (SunStar Philippines)