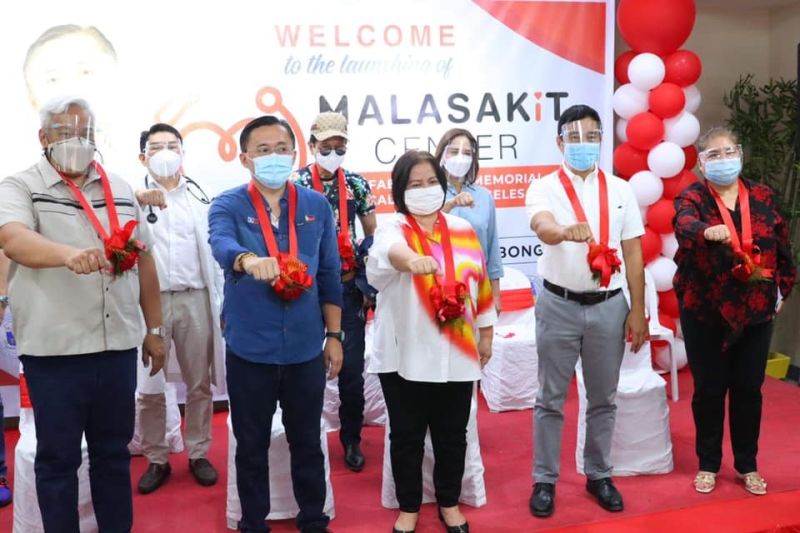 Mayor Carmelo “Pogi” Lazatin Jr. has commended the strong efforts of Senator Christopher Lawrence “Bong” Go in establishing the Malasakit Center in RLMMC, a one-stop-shop where indigent patients can avail of financial services from agencies such as PhilHealth, Philippine Charity Sweepstakes Office (PCSO), and the Department of Social Welfare and Development (DSWD).

"I commend your support in pushing for the realization of the said project, to be of assistance to more Angeleños," he added.

Lazatin also cited the P3-million cheque given to the Malasakit Center by Go, as well as vitamins and grocery donations to the patients and medical frontliners in RLMMC. This amount, intended for financial assistance to indigent patients, is replenishable every month.

The senator also vowed to donate P10 million to support the hospital in its further programs.

Lazatin shared in his speech that he was reminded of the program of his late father former Pampanga First District Representative and Angeles City Mayor, Carmelo “Tarzan” Lazatin, called "Mayor’s Desk."

The Malasakit Center is a presidential mandate initiated by the Office of the Special Assistant to the President, in cooperation with the Department of Health, PhilHealth, Philippine Charity Sweepstakes Office, DSWD, Philippine Amusement and Gaming Corporation (Pagcor), and Office of the Presidential Assistant for the Visayas, to expedite processes in availing of service relevant to healthcare primarily for, but not limited to, financial assistance.

This is the second Malasakit Center in Pampanga and the 102nd in the country.