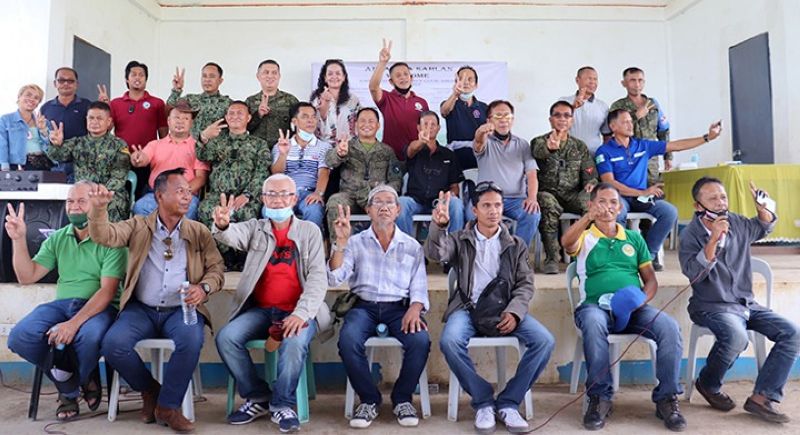 ZAMBOANGA. The Joint Coordinating Committee on the Cessation for Hostilities and Ad Hoc Joint Action Group of the Government of the Philippines and Moro Islamic Liberation Front lead the conduct of Joint Peace Advocacy Tuesday in Tungawan, Zamboanga Sibugay. A photo handout shows the participants flashing a peace sign during a photo session. (SunStar Zamboanga)

“We have talked with the Commission on Elections (Comelec) and the local government unit (LGU) to assist us in this endeavor as we continue to follow the mechanisms until such time that we have achieved the full normalization process,” said Nafarrete, who is also the the Western Mindanao Command (Westmincom) deputy commander.

“Let us continue to strengthen our communication and relationships as partners for peace as we continue to promote development in your communities and transform as productive members of the society,” said Brigadier General Leonel Nicolas, 102nd Infantry Brigade commander.

“Just like how you have opened your doors to us, I am also opening the doors of the 102nd Infantry Brigade,” Nicolas added.