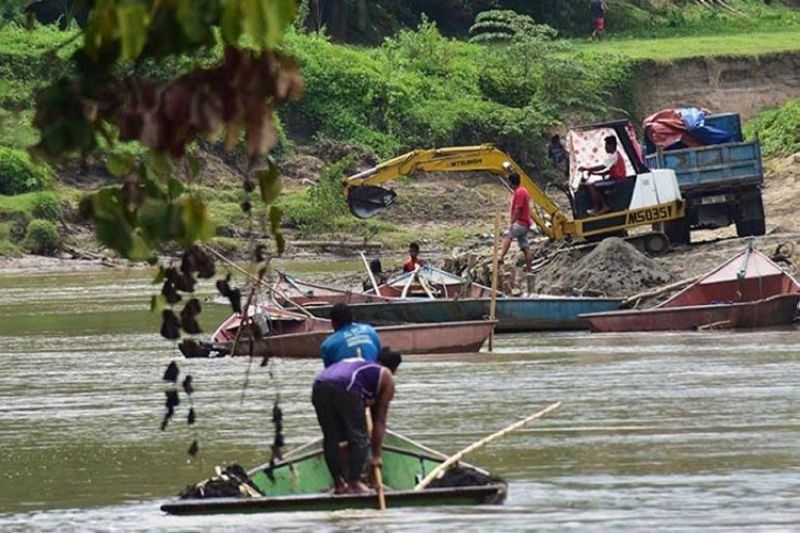 A DAVAO City councilor is urging her colleagues to hold in abeyance all the new applicants and renewal of permits for quarry operations but retain those that have existing permits to operate until the result of the study on Davao's river resources is already available.

Councilor Mabel Sunga-Acosta, City Council committee chairperson on peace and public safety, said during an interview on the Kitakaran sa Konseho on Davao City Disaster Radio on March 4, 2021 that the city has received several applications for quarry operation even as it has already approved more than 100 quarry permits.

"Akong gisugyot nga kung pwede dili usa ta magdawat og new applicants (ug) dili usa ta mag-renew. Ang atong ipa-operate katong nag-operate na karon tungod naa nay gitawag nga sustainability of resources study sa Davao River system, gibadgetan na ni ug ang lead agency is ang Cenro -- city environment nato na office ug hopefully according to their timeline mugawas na ang study by September (I discussed with them if we can put on hold new and renewal applications for quarry permits. Those we will allow to operate for now are those that we have already approved. This is because Cenro (City Environment and Natural Resources Office) is currently conducting a study on the sustainability of our resources. We expect the study to be released by September based on their timeline)," she said.

Acosta also said that even with the administration's Build Build Build program, sand and gravel extracted by existing quarry operators are still sufficient to supply for the construction industry.

She added that it would be difficult to revert the actions if the study finds out the certain area is already over-extracted.

"Kay ngano, lisod kaayo ibalik ang sand and gravel kung na-extract na nimo. Mas maayo pa let's go to the conservative route and seek a balance between progress (or) kining economy and environmental protection (You cannot return the sand and gravel you extracted from where you got it. It is better now that we conserve and seek a balance between our economic progress and environmental protection)," Acosta said.

She said economy and environmental protection must not compete with each other but must complement each other.

Acosta also identified challenges in the quarry operations. She said based on the community where quarrying is being done, it has been observed that quarry operators are using bigger trucks than what is legally allowed.

Aside from that, those who are holders of legal or official quarry permits are subcontracting, which means that legal operators allow other operators who have no official permit to quarry using their permits.

These, she said, must be strictly monitored. However, as to how, Acosta said the office that could answer this is only the Davao City Environment Office (Cenro).

The task group is composed of the head of Cenro as chairperson, the head of the Mines and Geo-Sciences Bureau (MGB)-Davao Region as vice-chairperson, and the head/representatives of the City Engineer’s Office (CEO), City Planning and Development Office (CPDO)-Zoning Division, City Treasurer’s Office (CTO), Department of Environment and Natural Resources Office (DENR), Mindanao Association of Mining Engineers, Society of Filipino Foresters Inc. (SFFI), and Interfacing Development Interventions for Sustainability (Idis) as members.

They are tasked to conduct regular ocular inspections, prepare reports on violations and recommendations, monitor and ensure all terms and conditions of quarry permits are complied with, formulate mitigating measures to properly address any negative environmental impact during operation, and make a periodic report to the mayor.

In EO, the mayor emphasized the need to address all issues and to guarantee the proper implementation of quarrying laws and other related policies and ordinances.