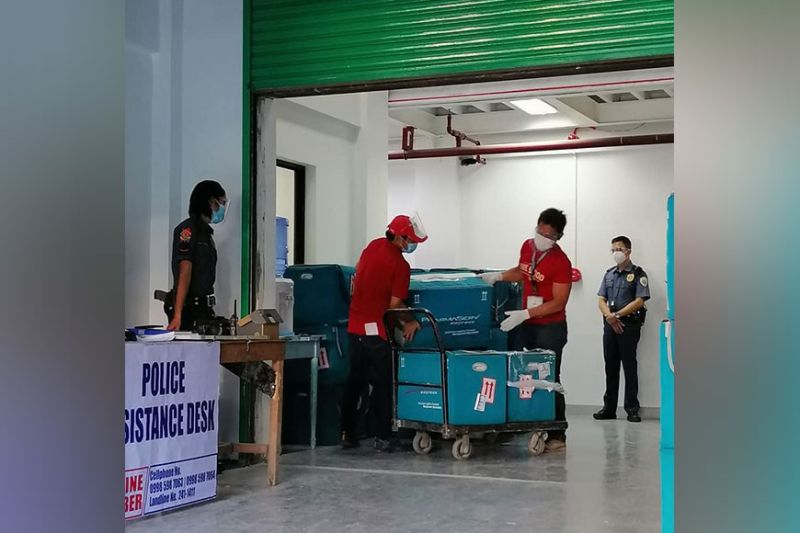 MORE VACCINES. The second batch of the Sinovac BioTech vaccine arrived in Davao Region. Arriving on a Philippine Airlines flight, the additional 21,600 doses of CoronaVac will allow the region to vaccinate additional frontliners from other hospitals in the region. The first batch of the same vaccine brand, containing 12,000 doses, arrived in Davao City on March 2. The region now has a total of 33,600 doses of CoronaVac. (Jennie P. Arado)

DAVAO Region now has a total of 33,600 doses of Sinovac BioTech vaccine, which will be administered to medical frontliners in provincial and private hospitals in the region.

On Tuesday morning March 2, 2021, the first batch of the same vaccine brand containing 12,000 doses arrived at FBIA. This brings the total of Sinovac BioTech vaccines in the region to 33,600. The vaccines came via a Philippine Airlines (PAL) flight at 6:15 a.m. Thursday, March 4.

Department of Health (DOH) Davao Director Annabelle Yumang, in an interview with the media, said they have increased the number of expected medical frontliners to be inoculated with the vaccine.

She also said the 33,600 available doses will be enough to cater to 16,600 frontliners who will receive two doses individually. The vaccination schedule is expected to last for a week for the first dose. After which, a 28-day gap will be observed before the second dose.

The inoculation of the Sinovac BioTech vaccine to the medical frontliners is expected to commence today, March 5, 2021 at the Southern Philippines Medical Center (SPMC). Only the frontliners who are younger than 60 years old will be given the Sinovac. Those who are older will have to wait for other vaccine brands to arrive.

There has yet to be details as to whether or not additional Sinovac BioTech will be delivered to Davao Region but Yumang expressed gratitude for the increased number of frontliners eligible for vaccination in the region.

In a Facebook post by PAL Spokesperson Cielo Villaluna, she said this forms part of the 600,000 doses of Sinovac allocated by China for the entire Philippines. On the same day yesterday, 17,400 doses arrived in Cagayan de Oro City, 12,000 doses in Legazpi City, and 4,200 in Cotabato City.