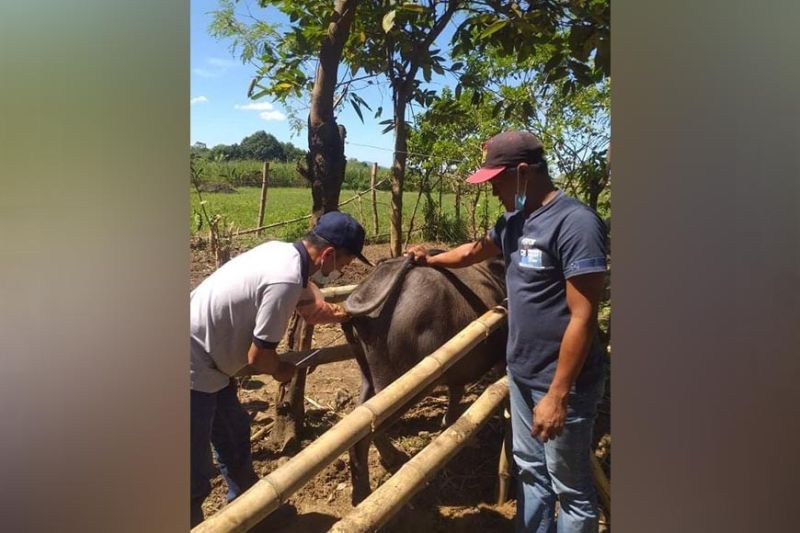 VETERINARY services of the Provincial Veterinary Office (PVO) of Negros Occidental, through a simultaneous veterinary relief mission, have reached animal raisers in the province’s Fifth District.

“Dewormers, antibiotic solubles, electrolytes, vitamins and anti-rabies vaccines were also given out for free,” he added.

Aside from Barangay Bato in Hinigaran, the veterinary relief mission was also conducted at Barangay Biaknabato in La Castellana and Barangay Magallon Cadre in Moises Padilla.

The PVO deployed its veterinarians and technical personnel in each location in coordination with its Provincial Veterinary District Field Unit Team.

The activity is also in collaboration with the offices of the town mayor and municipal agriculturist with the assistance of the paravets, Philippine Carabao Center and private stakeholders.

The veterinary relief mission is part of the response efforts of the PVO, to enable the livestock and poultry sector affected by disasters to recover and perform optimum level of productivity, as well as to prevent possible disease outbreak.

“So, it is an ideal opportunity to engage into hog raising due to the widely-concern of supply shortage and price markup on pork meat and hog liveweight experienced in Luzon and certain parts of the Visayas and Mindanao,” he added.

For the raisers, the intervention has enabled them to take an active stance in their role in promoting sustainable production of livestock and poultry in the province.