Labor: 'No vaccination, no work policy' a source of confusion, discouragement 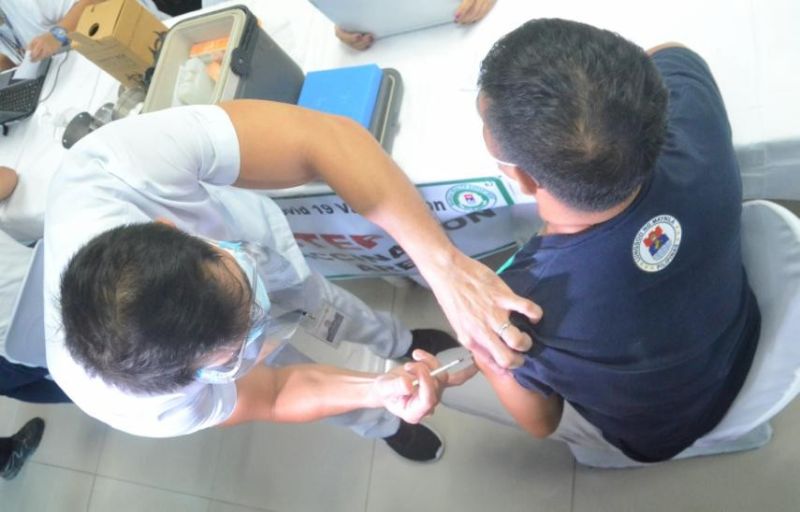 NEGROS OCCIDENTAL. For the local labor sector, the “no vaccination, no work policy” is a source of confusion and discouragement. (PNA photo)

AN IRRITATING sense of confusion and discouragement is now boiling up among the labor sector on the unconfirmed reports of the alleged "no vaccination, no work policy" circulating, a local labor leader said.

Wennie Sancho, secretary general of General Alliance of Workers Association (Gawa), said though this was already denied by Labor and Employment Secretary Silvestre Bello III recently, official government confirmation is necessary to allay the fears of workers in the midst of economic adversity.

Sancho, also the labor representative to the Regional Tripartite Wages and Productivity Board (RTWPB) in Western Visayas, said the labor sector is already apprehensive about the intervention of the government by reducing the number of holidays resulting in the diminution of their wage and wage-related benefits.

"Labor advocates are asking if these measures are necessary and what is the rationale behind? Traditionally, it would have a negative impact on the Christmas celebration of the workers and their families," he said.

“Now here comes another hullabaloo on the no vaccination, no work policy which would surely become a source of confusion and discouragement that would dampen the hope of the poor workers who could not avail of the free vaccination program of the government,” he said, adding that it will also have a chilling effect for the workers who felt that they can't work unless they are vaccinated.

Bello, in a report Thursday, March 4, 2021, said the reported “no vaccine, no work” policy in some companies are illegal.

He said a company cannot force its employees to get vaccinated against coronavirus disease 2019 (Covid-19), adding that this policy can be considered discriminatory since there is limited supply of vaccines.

The Associated Labor Union (ALU) earlier said they have received reports from workers in the agriculture, manufacturing and services (hotels, restaurants and call centers) sector that their employers were requiring them to get vaccinated.

ALU-Trade Union Congress of the Philippines spokesperson Alan Tanjusay said they will help workers file complaints against their employers who would implement the no vaccine, no work policy.

For Gawa, this would only fan the rising tide of discontent among the workers who are experiencing all forms of economic inequities amid the pandemic.

Sancho said the government should issue a categorical statement denying this “no vaccination, no work policy,” which now hangs like a “Sword of Damocles” over the heads of the poor workers and also to the small micro-business establishments who could not afford to finance the cost of vaccination for their workers.

“Gawa condemns in the strongest possible terms this irresponsible speculation in the midst of our struggle towards economic recovery,” he added. (With reports from SunStar Philippines)