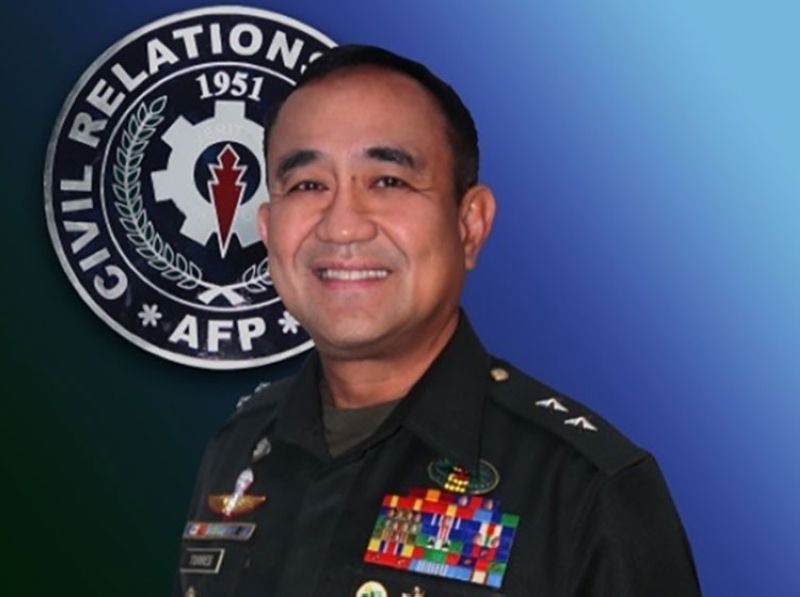 DAVAO Region and some parts of Soccsksargen, Caraga, and Northern Mindanao now have a new infantry division commander who is given a gigantic task of not just securing these areas from terrorist activities but also to diminish, if not end, the decades-long insurgency problem.

These are apart from the numerous recognitions the civilian sector has bestowed upon him.

Prior to his new assignment as 10th Infantry Division Commander, Torres was the 1003rd Infantry Brigade Commander in 2017. His area of responsibility then covered the whole of Davao City, and parts of Davao del Norte and Bukidnon.

Through his leadership as a brigade commander, the 1003rd IB was able to successfully dismantle three guerilla fronts of the New People's Army, reducing the manpower and armed force capability of the rebel group.

He was then assigned to lead the Civil Relations Service of the AFP stationed at Camp General Emilio Aguinaldo in Quezon City in 2019 before he was given the huge responsibility of leading the 10th ID to totally end the insurgency problem in its jurisdiction.

But the new 10th ID commander is confident that resolving the insurgency problem will be attained, especially that all the stakeholders and partners are working together to end the local communist armed conflict.

During the Change of Command ceremony on March 4, 2021 in Mawab, Davao de Oro, Torres revealed that among his plans to achieve the goal of ending local armed conflict is to give formal and proper education and address the concerns of the Indigenous Peoples (IPs) and the most vulnerable sector of the society.

"I was fortunate to be the commander covering Talaingod back in 2017 to 2019 up to the surrender of Datu Guibang, so I know very well the condition of our Indigenous People brothers and sisters. We will continue to collaborate with them, determine their basic needs, the issues they confront and we will do our very best, in cooperation with other agencies to address those concerns," Torres said.

"Continuous education is very important, we have to keep on informing, especially the youth, the IP communities, and other vulnerable sectors," he added.

Torres is also set to meet and strengthen the army's partnership with different provincial and city heads so that they could come up with projects and programs that are aligned with ending insurgency problems.

"I have to strengthen my relationship with them because medyo konti lang ang activities ng 1003rd brigade dati when I was here," he said.

However, he said programs and projects that are already being implemented will be sustained and given a boost.

The new commander of the 10th ID has already given his standing order to the men and women of his division and this is: "Do your very best every day and know your role because it is then that you get excited to work every day and you believe that you can contribute to the effort. With this there would be no challenges that are impossible to overcome."