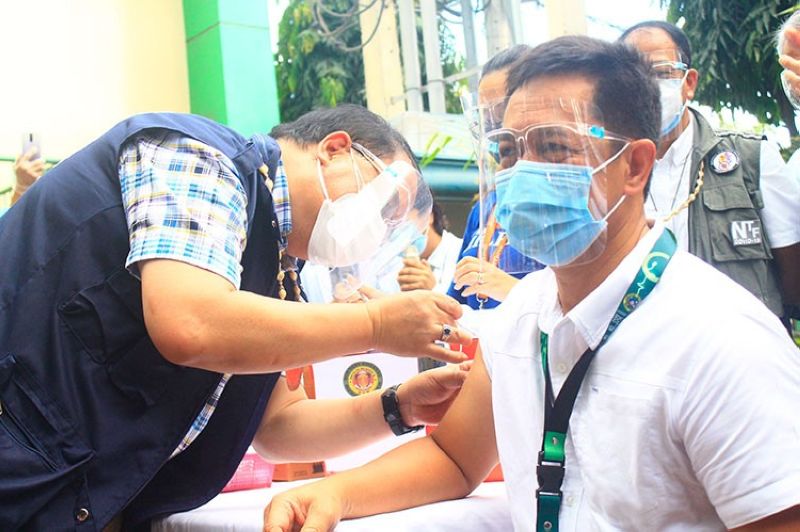 MEDICAL frontliners or employees of the Northern Mindanao Medical Center (NMMC) on Friday morning, March 5, had themselves inoculated to kick off the vaccination program in Cagayan de Oro City.

The first to receive a dose of Coronavac, the inactivated vaccine developed by Sinovac, was 48-year-old Dominggo Gubalane.

Dr. Bernard Rocha, NMMC liaison officer, who also received his first dose of vaccine in the morning, said they are aiming to vaccinate 340 employees per day.

After he got the first dose of Sinovac vaccine, Rocha said that "it felt very good" and "the effect is okay."

So far, there are no employees of NMMC who experienced negative reactions upon getting their first dose of the vaccine. But there were some who felt dizzy due to not eating their breakfast.

The NMMC liaison officer added that they are prepared for the possibility of one of the vaccinees experiencing side effects. The ICU and emergency room on standby, however, were not used.

Rocha also said that no NMMC employees have refused to be vaccinated during the rollout.

He said the Department of Health (DOH) is aiming to have all the NMMC employees be vaccinated.