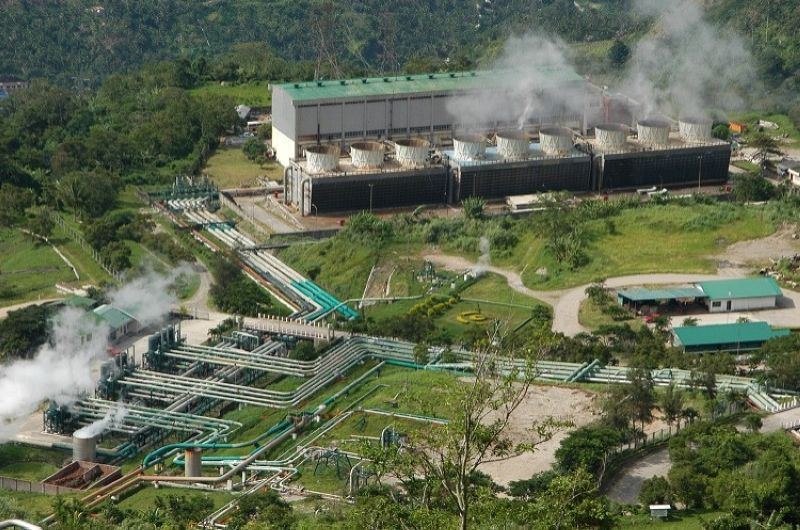 NEGROS OCCIDENTAL. EDC’s 112.5MW Palinpinon-1 geothermal power plant in Valencia, Negros Oriental has been supplying clean, renewable 24/7 power to Negros and other parts of Luzon and Visayas for over 37 years. (Contributed photo)

Fast forward to today, EDC continues to live up to its mandate to generate low carbon, clean power and may have expanded its portfolio to include solar, wind, and hydro but geothermal remains as its core business.

“Our country needs a reliable, stable source of clean, renewable power, which only geothermal energy or Geo 24/7, can provide to power the economy and lower its carbon footprint,” said Engr. Debonaire T. Mamhot, head of EDC’s Negros Island geothermal facility.

The province of Negros Oriental is blessed to be located in the country’s renewable energy (RE) hub, with geothermal energy accounting for over 25.1 percent or 955 megawatts (MW) of the Visayas region’s 1,667MW total installed RE capacity. This is equivalent to 43.8% of the region’s 3,809MW total installed capacity as of 2019, according to the Department of Energy’s 2019 power situation report

Over 220 MW of this comes from EDC’s Southern Negros geothermal facility in Valencia, Negros Oriental, its 112.5MW Palinpinon-1 providing uninterrupted source of Geo 24/7 to the Visayas region for over 37 years.

Beyond its commitment to keep the lights on for its power customers like Negros Oriental II Electric Cooperative and Negros Oriental I Electric Cooperative, EDC strives to keep the wheels of progress turning for the province, especially for its partner communities, in fulfillment of its mission “to forge collaborative pathways for a decarbonized and regenerative future.”

This mission goes beyond sustainability that merely seeks to do less harm and demands EDC to look at its business from a wider lens than just profitability. All need to benefit from the positive impact of its decisions and actions.

True to its regenerative mission, EDC is elevating its communities in Valencia by providing them free public wifi, starting with Barangay Puhagan. The project is being undertaken in partnership with Negros Oriental Chamber of Commerce and Industry (NOCCI) and the Department of Information and Communications Technology (DICT)

Barangay Puhagan in Valencia, Negros Oriental will soon be the first off-grid barangay in the country to be wifi-connected once the DICT delivers and installs its 10mbps bandwidth-on-demand facility at their barangay hall this March.

“We are commemorating EDC’s 45th anniversary by providing this much-needed free wifi to our partner communities despite our limited mobility due to the Covid-19 pandemic because we know how crucial it is for them to be connected to the rest of the world amid these challenging times,” said Norreen G. Bautista, head of EDC’s Corporate Social Responsibility team in Negros Island.

“Having good internet access in their far-flung mountainous area is important in helping the residents stay connected to their loved ones and friends from other locations. It is also necessary in order for the students to cope with the challenges of distance learning and for the barangay officials to be able to conduct virtual meetings with EDC as well as with their counterparts in the local government and even with regulatory agencies,” emphasized Bautista.

EDC is thankful to NOCCI, DICT, and the local government unit (LGU) of Valencia led by its Mayor Edgar Y. Teves for their unstoppable partnership that made this possible. The LGU provided logistical and regulatory support while multi-awarded NOCCI was generous enough to provide fixed wireless solar technology and a redundant broadband network design to ensure uninterrupted connectivity for the residents of Barangay Puhagan.

Barangay Puhagan Chair Leonarda Sarita personally thanked EDC for its cash donation amounting to P735,000 for the cost of labor and the purchase of necessary materials and equipment and DICT for the procurement of the fixed wireless broadband network for their barangay hall.

Former NOCCI President and now Philippine Chamber of Commerce and Industry Governor for Central Visayas Edward C. Du likewise lauded this strong synergy that should serve as a model and showcase for all LGUs in the country, especially during these trying times.

This free wifi project is just EDC’s first step in establishing e-communities in Valencia through Barangay Puhagan and soon to its neighboring host barangays. A virtual platform for their residents to learn and exchange best practices in governance, health and safety especially during this pandemic and environmental protection will eventually be put up for them by EDC.

This e-communities project is part of EDC’s tireless efforts to empower its communities. This 45th year of EDC will still be about expressing its genuine malasakit for them by helping them thrive and not just survive these trying times, something that was put in the spotlight in Negros Oriental last year as the company provided assistance to help strengthen the province’s Covid-19 resilience.

Apart from providing food and medical supplies to their communities and the medical frontliners, EDC lent container vans that they could use as quarantine facilities or sleeping quarters and eventually helped the province put up its own molecular testing laboratory with the P11-million worth of equipment that EDC has donated, including two state-of-the-art Real-Time Reverse Transcriptase-Polymerase Chain Reaction (RT–PCR) machines. Through these machines, the lab can process up to 200 swab tests per day and expedite the processing of Covid-19 swab samples, with results released within the day.

“Being regenerative is about creating shared value which enables EDC to provide that much needed clean, renewable, stable Geo 24/7 to power our country and lower its carbon footprint as we strive to ensure that life and progress go on for our communities--with or without this invisible enemy,” added Bautista.