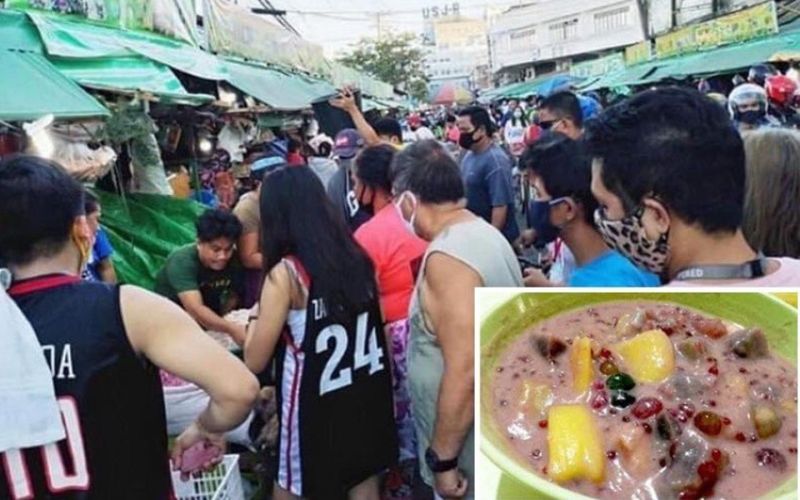 ALL FOR BINIGNIT. Residents of Cebu City ignored the risks posed by the coronavirus disease 2019 and trooped to the Carbon Public Market on April 9, 2020, Maundy Thursday last year, to buy ingredients for binignit, a staple dessert soup popular in Cebu during this period. (SunStar file)

CEBU City officials have learned from what happened at the Carbon Public Market during Holy Week in 2020.

This has prompted Market Operations Division head Irvin Cabales to start planning measures to ensure health protocols are complied with during this period.

On Maundy Thursday of last year, a crowd flocked to Carbon to buy ingredients for binignit, a staple dessert of Filipinos every Holy Week. It is made of yam, sticky rice and coconut milk, among others.

Cabales said his office started informing vendors and stall owners to police their customers and make sure that minimum health standards are observed.

He said the one-entrance-one-exit policy will also be strictly enforced at the market.

“Butangan gyud nato’g special attention areaha no, katong nabinignit sa una (We will focus on the area where the binignit ingredients are sold),” he said.

The City’s Emergency Operations Center (EOC) will also have a coordination meeting with the Archdiocese of Cebu, the Philippine National Police and City Councilor Phillip Zafra, who is the public order committee chairman, to discuss measures that will be enforced during the Holy Week.

Cabales urged consumers to strictly observe health protocols and avoid mass gathering while inside the market.

To date, 80 percent of Carbon’s around 1,500 stall owners have returned.

When the city was placed under enhanced community quarantine at the end of March last year, only around 300 stalls remained open.