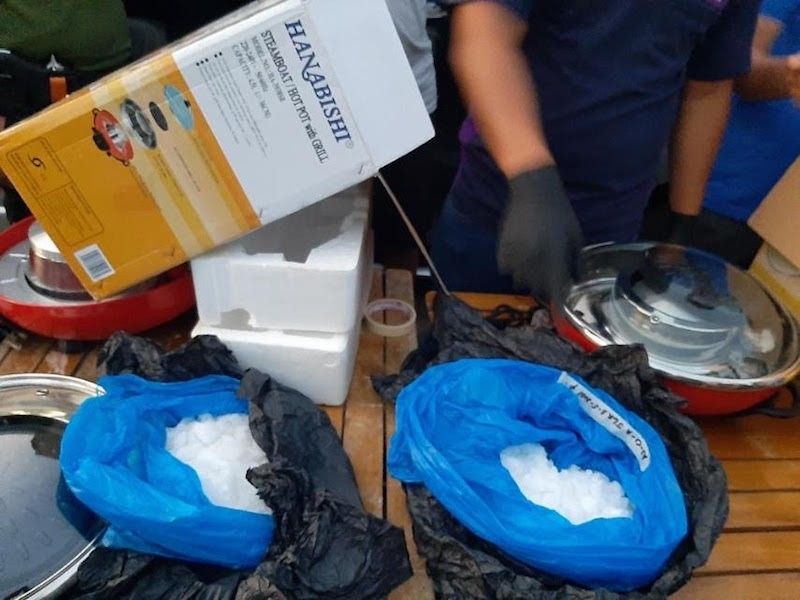 Jayson Quijoy, who was arrested in Barangay Guyong, is the consignee of the shipment which was declared as a steamboat (hotpot) with grill from Malaysia.

Sinas said the parcel was found to contain over two kilograms of shabu valued at P13.6 million. The drugs were concealed in two steamboats or hotpots.

Quijoy was arrested after receiving the contraband from the courier.

The PNP as well as the Philippine Drug Enforcement Agency (PDEA) strengthened its coordination with airport and customs authority to combat the entry of illegal drugs into the country.

Both agencies said there are no longer big drug laboratories in the country and drug syndicates have been importing their illegal drugs. (Third Anne Peralta-Malonzo / SunStar Philippines)