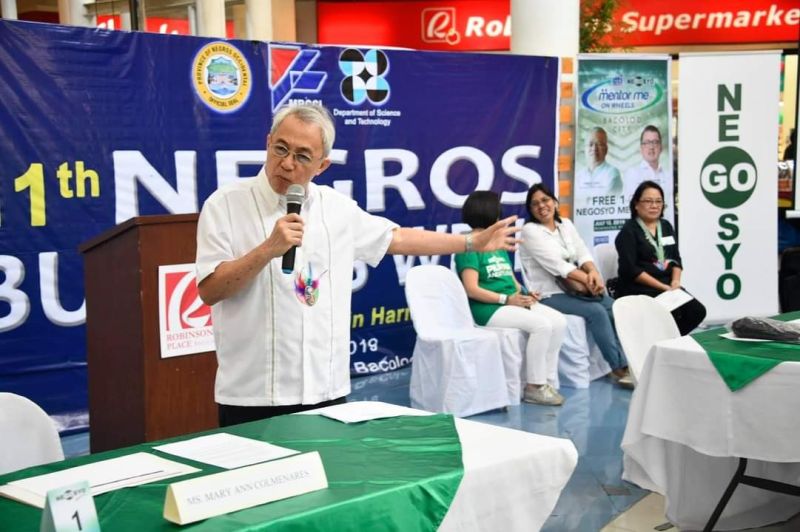 RECOGNIZING the need to boost recovery efforts amid the impacts of coronavirus disease (Covid-19) pandemic to the economy, an official of the Philippine Chamber of Commerce and Industry (PCCI) is pushing for the creation of separate regional councils in the Visayas.

Metro Bacolod Chamber of Commerce and Industry (MBCCI) Chief Executive Officer Frank Carbon, who is the newly appointed vice president of PCCI for the Visayas, said Western Visayas, Central Visayas and Eastern Visayas should have their respective regional council composed of mayors of highly-urbanized cities and governors.

Carbon said the council should act as the policy-making body of each of the regions as to health and economic issues so that uniform policies govern them.

" [It is] Just like the Metro Manila Council. We feel this move will hasten economic recovery in the whole of the Visayas area," he said, adding that it will align to PCCI's operational and development strategies like regional development equals national growth.

Starting March 5 this year, Carbon will serve as the organization's vice president for the Visayas in an acting capacity until the PCCI National Board could meet sometime in the third week of the month to officially approve his appointment.

"It will be a bigger and wider obligation in these trying times," Carbon said as he welcomed his assignment as officer of the biggest business organization in the country.

The business leader said the separate council for the three regions in the Visayas will not replace the Regional Development Council of the National Economic and Development Authority (Neda).

Rather, it will enhance and augment its decision-making process in this time of crisis and pandemic, Carbon said.

If realized, Carbon said, it will facilitate consultations among regions "and hopefully, they could agree to a more or less synchronized recovery program that is complementary or supplementary with each other's program."

He believed that it is important that the regional governors of PCCI should be consulted on health and economic measures that will be promulgated by the councils.

Regional governors could be invited as the councils' resource persons on business matters to balance the opinions of health practitioners, Carbon said.

"As vice president for the Visayas, I could synchronize the thinking of the three PCCI [regional] governors to ensure that synergy is achieved for the whole Visayas," he said, adding that the Presidential Adviser for the Visayas could sit as ex-officio member of the three regional councils.