Only 41 of 1,075 inoculated workers of VSMMC experience mild reaction 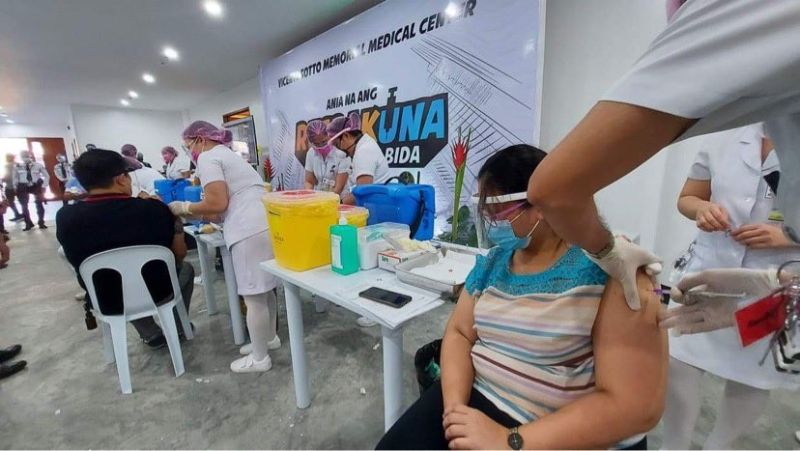 A TOTAL of 1,075 health care workers from the Vicente Sotto Memorial Medical Center (VSMMC) in Cebu City have already been injected with CoronaVac, the vaccine against coronavirus disease 2019 (Covid-19) manufactured by Sinovac Biotech Ltd. of China, as of 11 a.m. Sunday, March 7, 2021.

In a post on its official Facebook page, the VSMMC said only 41 experienced mild adverse effects after vaccination and none suffered serious adverse effects.

The number of VSMMC employees who have consented to be vaccinated has already reached 2,062.

Dr. Mary Jean Loreche, Department of Health (DOH) 7 spokesperson, earlier said reactions after receiving the vaccine are normal as the body is given something “that it does not recognize as part of its own.”

She said the most common adverse events include headache, increase of blood pressure, feeling light-headed and fatigue. However, adverse events such as development of rashes and allergies secondary to difficulty in breathing will require close monitoring.

Vaccinated patients are assessed 25 to 35 minutes after injection. The Regional Epidemiology and Surveillance Unit of the DOH heads the monitoring of adverse effects reported after inoculation.

The VSMMC is the first hospital in Central Visayas to start the vaccination rollout after it received 7,200 doses of CoronaVac vaccines intended for its health care workers on Tuesday, March 2.

It held its ceremonial inoculation on Thursday, March 4, with its medical chief Dr. Gerardo Aquino Jr. along with Loreche and retired military general and Inter-Agency Task Force chief implementer for the Visayas Melquiades Feliciano receiving their first dose of the vaccine.

The hospital was allocated 8,440 doses of the second batch of CoronaVac vaccines that arrived in the region on Friday, March 5.

On Saturday, the DOH said the Health Technology Assessment Council (HTAC) released the results of its assessment of CoronaVac on March 3.

The HTAC said it posed no objection to the procurement of Sinovac’s inactivated vaccine, adding that its use has been deemed “beneficial.”

The HTAC is an independent advisory body that provides guidance on the coverage of health interventions and technologies to be funded by the government.

Under Republic Act 11223, or Universal Health Care Law, the DOH and PhilHealth may only procure or invest in health technologies that have been recommended by the HTAC.

HTAC had also assessed the Pfizer-BioNTech and AstraZeneca-Oxford vaccines against Covid-19 and recommended their emergency use in the Philippines.

But the council published its separate reports and guidance on the use of these vaccines several days after the Food and Drug Administration (FDA) issued an emergency use authorization (EUA).

In the case of CoronaVac, the FDA issued an EUA on Feb. 22 while the HTAC forwarded the results of its assessment to the DOH on March 3.

Presidential Spokesman Harry Roque Jr., who is one of the principal authors of the UHC Law in the 17th Congress, earlier said that HTAC’s review of vaccines that have been approved by the FDA was “no longer necessary.”

(The law does not mandate that a vaccine will have to undergo review by the HTAC.)

He was reacting to observations that Sinovac’s vaccine should not be used without HTAC approval.

Roque cited Section 34 of the Universal Health Care law, which states: “The health technology assessment shall be institutionalized as a fair and transparent priority setting mechanism that shall be recommendatory to the Department of Health and PhilHealth.”