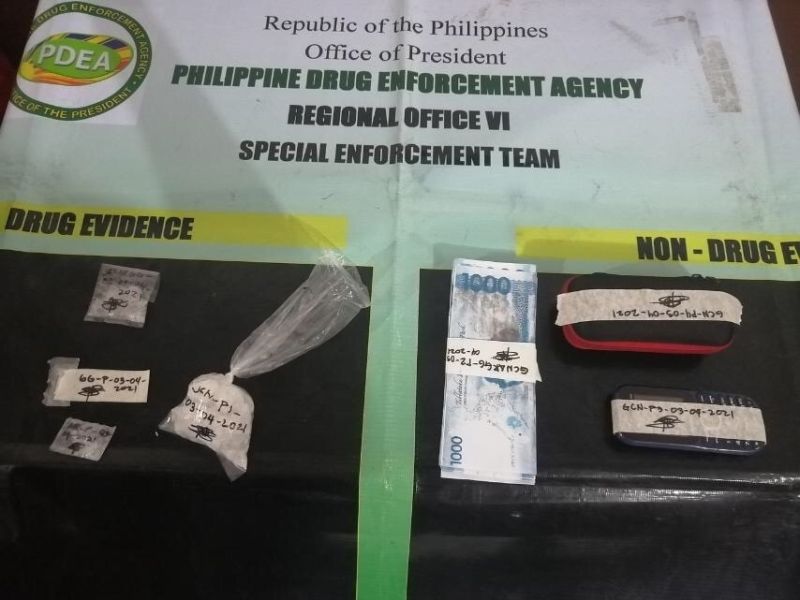 AN ESTIMATED P414,800 worth of shabu was seized in separate drug bust operations by operatives of Bacolod City Police Office (BCPO) and Philippine Drug Enforcement Agency (PDEA)-Western Visayas in Bacolod City from March 4 to 6, 2021.

The operations also led to the arrest of William Cris Sibonga, 33, of Barangay 35; Nativio Garces and Benjamin Rosales, both residents of Barangay 26.

Police Major Ramel Sarona, chief of Police Station 1, said Sibonga was arrested after he sold a sachet of shabu to a police undercover around 7:30 p.m. Saturday.

Police recovered from Sibonga’s possession 11 sachets of shabu with estimated market value of P6,800 and the P500 marked money.

Garces and Rosales were also arrested by operatives of PDEA on Rizal Street, Barangay 25 on March 4.

Police recovered from the suspects’ possession four sachets of shabu weighing 60 grams with estimated market value of P408,000, and the marked money.