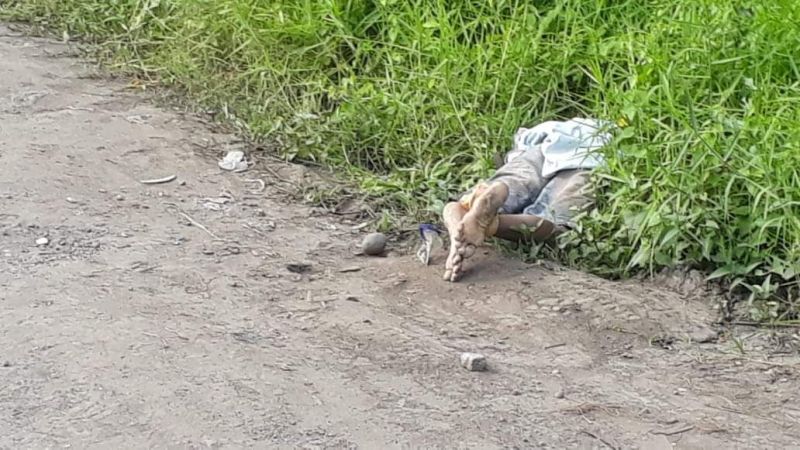 VICTORIAS. A dead man believed to have been shot and dumped in the area was found tied up in Canetown Subdivision, Victorias City Sunday. (Victorias City police photo)

THE Victorias City police are still investigating the motive behind the death of a man found dead in Barangay 19-A, Canetown Subdivision, Victorias City on Sunday, March 7, 2021.

The victim, who was about 50 to 60 years old, was found around 5:30 a.m. Sunday and was believed to have been shot to death and dumped in the area.

The victim's hands and feet were tied using nylon cord and packing tape, while his head was covered with plastic.

Lieutenant Colonel Eduardo Corpuz, chief of police of Victorias City Police Station, said they have already invited for questioning the woman whose name was written on the cardboard.

"We need to know why her name was written there and we hope to identify the victim soon," Corpuz said.

He said they are closely coordinating with the Scene of the Crime Operatives about the case.

Based on police investigation, the residents have not heard any gunshots at the area Sunday morning that may bolster the suspicion that the victim was dumped at the area after he was killed somewhere.

The victim was wearing shorts, the police said.