International Women's Day 2021: 5 influential Filipinas who made a difference 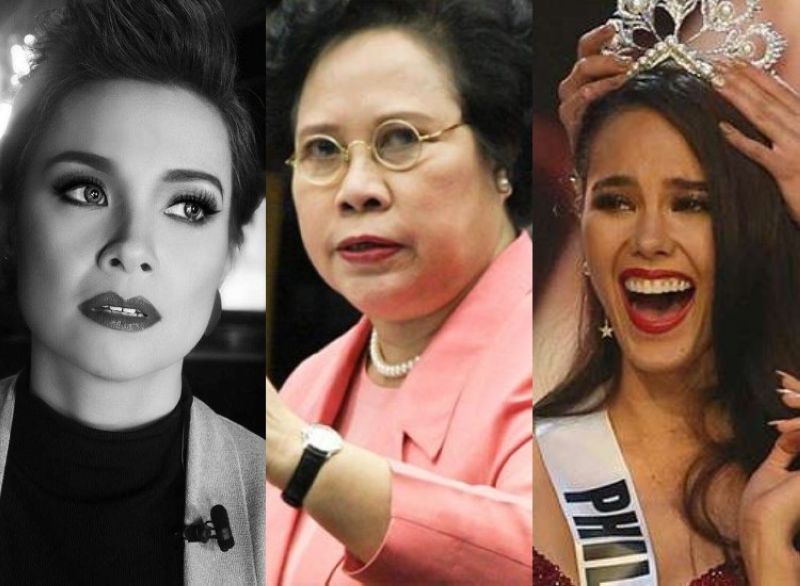 EVERY 8th of March, the world celebrates International Women's Day.

Let's do a little throwback.

On February 28, 1909, the Socialist Party of America designated this day in honor of the garment workers' strike in New York.

The first official celebration of International Women's Day was in 1911. Women from European countries started to participate in demonstrations.

Millions of women went on the streets demanding their right to vote and to hold public offices. This also included issues on sex discrimination in employment and equal pay.

Why do we celebrate it?

International Women's Day reminds people that women should not be perceived as someone weak.

It is also a time for women to be reminded of their great contributions and achievements in every aspect of life. Whether in politics, art, national, cultural, economics, business, among others.

This year's women's day theme is "Women in leadership: Achieving an equal future in a Covid-19 world."

There are a lot of women who made history in the world today, but here are some influential Filipinas who did not only make the Philippines and their fellow Filipinos proud but also empowered women all over the world.

Have you ever seen someone who can almost do anything and, at the same time, looking like a goddess? Well, Catriona Gray is the perfect example.

She brought home the crown of Miss Universe 2018, making her the fourth Filipina to win the Miss Universe competition. She also has a heart for music and even has her music video on Youtube.

She's also good at drawing and painting. She sometimes showcases her works at auctions to fund local charities.

Known as the "Iron Lady of Asia," Miriam Defensor Santiago made a big name in the world of politics.

Santiago is not just any lady as she is the first Filipina and the first Asian from a developing country to be elected in the United Nations as judge of the International Criminal Court.

She is known for her reputable work in fighting corruption. She served all three branches of the Philippine government: judicial, executive, and legislative.

Lea also made her name in some of Disney's famous songs like "A Whole New World" as Princess Jasmine's singing voice.

Lea remains active in the profession and serves as a judge on the Philippines talent show "The Voice Philippines."

Angkas has over a million downloads and is one of the most helpful means of transportation by most Filipinos.

The motor industry is known to a man-centric business, but who knew a woman would be the one to pioneer a motorcycle taxi service that helped everyone beat traffic and get to work or school on time.

Locsin donated more than P15 million to charitable causes in education and also supported the economical and political rights of indigenous people, as well as the move on violence against women and children.

A lot of Filipinas have made their names in the world today. We must all realize that a woman is not just made to stay at home or be a mother. A woman is something more than the world perceives her.