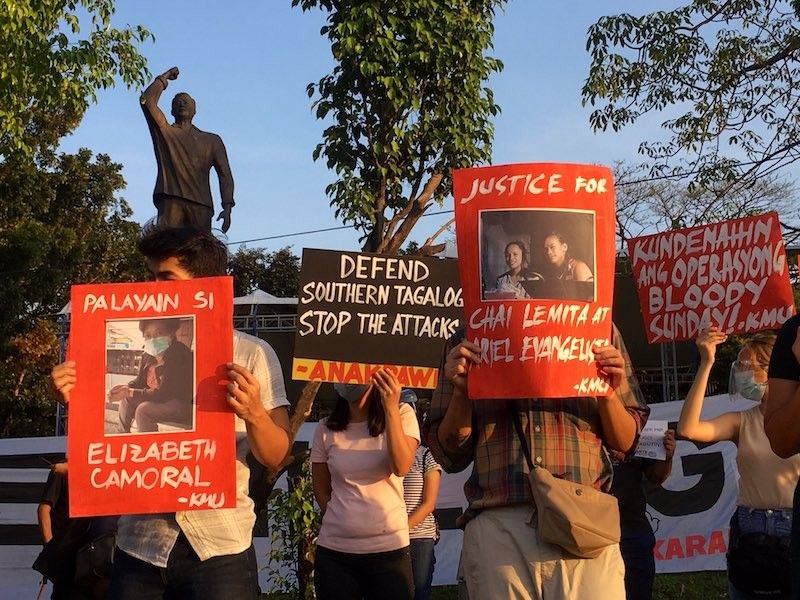 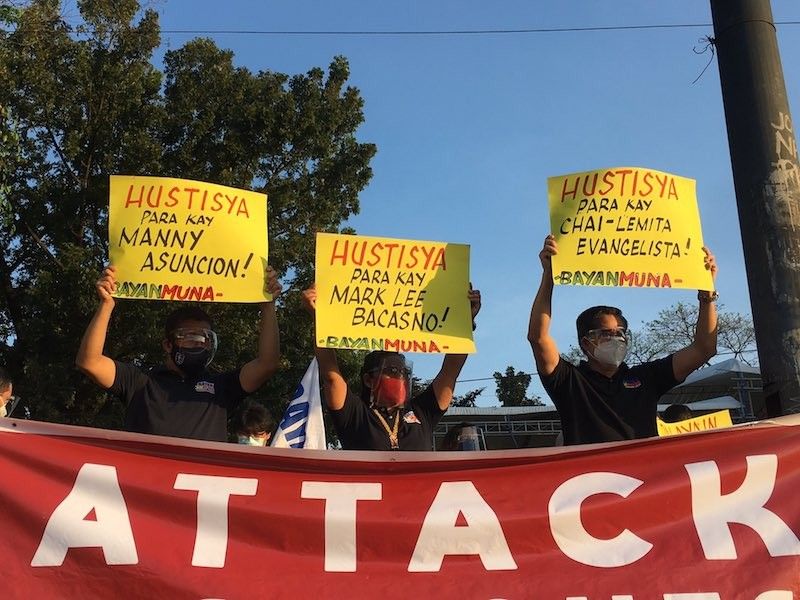 The police raids on Sunday, March 7, led to the killing of nine people, Sinas said. Regional labor group Pamantik KMU and Karapatan have identified five of the fatalities as members of progressive groups.

“You have to justify to the judge (and) bring witnesses. Those are legitimate operations that are valid and covered properly by documents issued by the court,” he added.

Aside from those killed, 15 were arrested while four evaded arrest. He said they have yet to identify the fatalities and determine their affiliations.

Police Colonel Chit Gaoiran, spokesperson of Calabarzon Police, said those who were killed had engaged the raiding team in a gunfight.

She denied that the operations were related to President Rodrigo Duterte’s order to kill rebels if they carry guns and “ignore human rights.”

The raids were conducted in the provinces of Cavite, Laguna, Batangas and Rizal, which form part of Calabarzon.

Gaoiran said a total of 24 search warrants, all for illegal possession of firearms, were issued by the court and were simultaneously served.

Various firearms and explosives were confiscated during the raids. Gaoiran said She said they were still consolidating the reports from concerned offices.

Bayan Muna Party-list Rep. Ferdinand Gaite said in a television interview that the police claim that Asuncion had engaged policemen in a gunfight was an “old script” and part of the old playbook used by the police.

He said Asuncion was not an armed rebel, but was an activist.

Human Rights Watch Asia deputy director Phil Robertson urged the government to investigate the use of “lethal force” during the raids which he said was "clearly part of the government's increasingly brutal counter-insurgency campaign.”

"These raids appear to be part of a coordinated plan by the authorities to raid, arrest, and even kill activists in their homes and offices," he said in a statement.

"The fundamental problem is (that) this campaign no longer makes any distinction between armed rebels and noncombatant activists, labor leaders, and rights defenders. The Philippine government should act now to investigate the use of lethal force in these raids, stop the mayhem and killings that have gone hand in hand with the practice of red-tagging," he added. (SunStar Philippines)