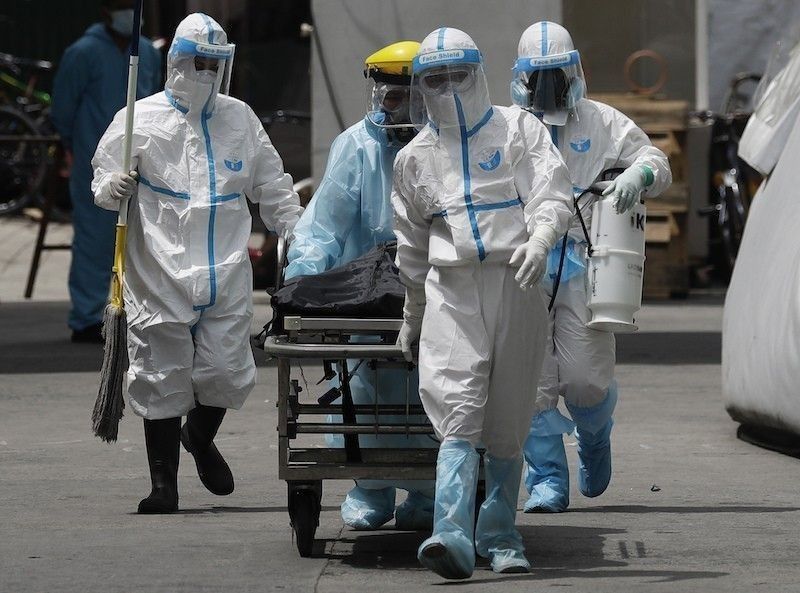 Medical workers 60 and above will be first to receive AZ vaccine. (File photo)

MEDICAL workers who are senior citizens will be first in line to be injected with the 20,000 doses of the AstraZeneca (AZ) vaccine against coronavirus disease 2019 (Covid-19) allotted for Central Visayas.

According to Dr. Mary Jean Loreche, Department of Health (DOH) 7 spokesperson, after the “senior” medical workers are vaccinated, what’s left of the vaccines will be distributed to other age groups.

She said they initially expected the AZ vaccine to arrive in Cebu either on Monday, March 8, 2021, or Tuesday, March 9. But they were told there is no fixed date yet on when the vaccine will actually get here, she said.

Loreche said they are still trying to determine how many medical workers who are 60 years old and above will get the AZ vaccine.

On Monday, the DOH 7 reported that 1,397 medical workers from the Vicente Sotto Memorial Medical Center (VSMMC) in Cebu City had been vaccinated with CoronaVac, the vaccine manufactured by Chinese pharmaceutical firm Sinovac Biotech Ltd., since Thursday, March 4.

Of this number, 42 individuals experienced adverse effects, including dizziness, fatigue, lightheadedness, increase in blood pressure, headache, fainting and pain or numbness at the injection site.

There were no reports of moderate or severe adverse effects that required hospitalization, Loreche said.

The VSMMC received 7,200 doses of CoronaVac on Tuesday, March 2, the first batch of vaccines donated by the Chinese government to reach the Visayas.

Loreche said if there are extra doses, these will be distributed to other DOH-manned hospitals, such as the Eversley Childs Sanitarium and General Hospital, the St. Anthony Mother and Child Hospital and the Talisay District Hospital.

She said a total of 2,212 VSMMC personnel have agreed to be inoculated with CoronaVac.

Loreche said they will soon distribute an additional 7,480 doses of CoronaVac to Levels 1, 2 and 3 public and private hospitals in Cebu.

Of the 27,000 doses of Sinovac’s vaccine that Central Visayas is expected to receive, 14,680 doses have already been delivered to the DOH 7, she said.

A second shipment of AZ vaccines arrived on Sunday, March 7, completing the first tranche of donations from the Covax facility.

These were transported by KLM Asia three days after the first shipment of 487,200 doses arrived.

A total of 525,600 doses of AZ vaccine have now been delivered to the Philippines from Covax, the global initiative to ensure vaccine equity.

To date, a total of 54,500 AZ doses have been deployed across the country.

Of this number 1,500 doses have been sent to hospitals in the National Capital Region; 13,000 to Calabarzon; 10,000 to Cordillera Administrative Region; and 20,000 to Central Luzon.

Galvez said the government aims to deploy an additional 240,720 doses to other regions this week.

(Hopefully, the Covax facility will send an additional shipment of AZ vaccine. We hope to finish vaccinating all hospital personnel in the country by the end of May. And then by April, we start vaccinating other sectors.)

He thanked the World Health Organization; Gavi, the Vaccine Alliance; the Coalition of Epidemic Preparedness Innovations; and the United Nations International Children’s Emergency Fund for the donation.