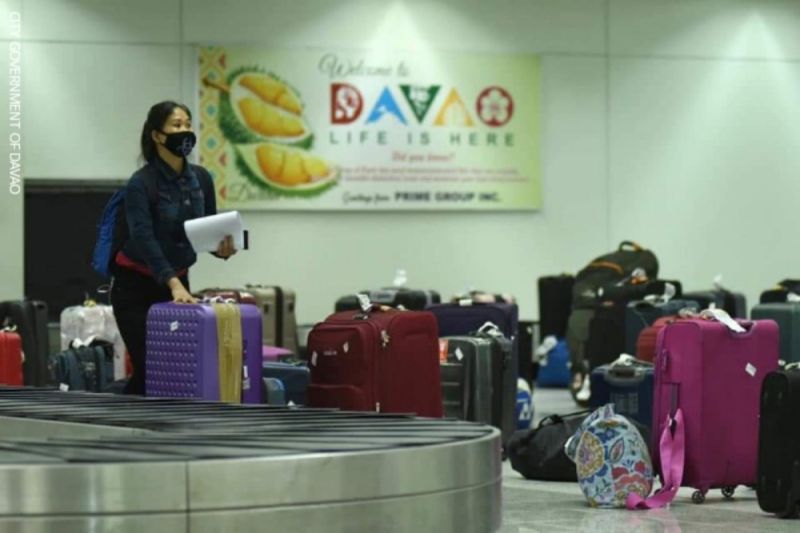 TRAVELERS going to Davao City will no longer be required to present a negative reverse transcription-polymerase chain reaction (RT-PCR) in compliance with the directive from the Inter-Agency Task Force (IATF) for the Management of Emerging Infectious Diseases.

"We will follow the guidelines of the IATF para dili na samok, dili na ma-confuse ang mga tao kung unsay sundon (So that people will not be confused about the guidelines). We have several executive orders, we have ordinances, and we have to follow IATF," City Health Office (CHO) Acting Head Dr. Ashley Lopez told the media on Monday, March 8, 2021, during the Covid-19 vaccine rollout to private healthcare workers at the Mabini Elementary School in Bangkal, Davao City.

IATF issued Resolution No. 101 on February 26 to standardize travel protocols for land, air and sea.

According to the national body, travelers will no longer be required to undergo quarantine unless he or she manifests symptoms of Covid-19 upon arrival.

The IATF also removed the documentary requirements for travelers, including travel authority from the Joint Task Force (JTF) Covid Shield and health certificates.

Authorized persons outside residence (Apor) from national government agencies and their attached agencies need only to present their identification card, travel order and travel itinerary.

If an LGU will still require a Covid-19 test, this will be limited to the reverse transcription-polymerase chain reaction (RT-PCR), the resolution also stated.

Duterte-Carpio said in an interview on 87.5 FM Davao City Disaster Radio on the same day that the city had started relaxing its travel policy even before the issuance of the IATF order.

The city suspended the free RT-PCR testing at the Davao Airport on January 14, as the city will be "redirecting" its resources to "address the local transmission."

"Nasugdan naman nato nga wala na ta nag-'test and wait' diha sa atong Davao International Airport, and nasegundahan siya sa paggawas sa IATF Resolution 101 nga dili na kinahanglan requirement ang (We started relaxing our protocol since we suspended our 'test and wait' at the Davao International Airport, which was later on followed by the issuance of IATF Resolution 101 that no longer requires) RT-PCR testing, except if the LGU will make it mandatory," Duterte-Carpio said, adding that the city will abide by the resolution.

Following the non-requirement of travel authority from JTF, the mayor said this loses the city's status of being a "restricted LGU".

She said non-city residents who wish to enter the city are still required to register to the SafeDavao QR (DQR) code for contact tracing purposes.

Meanwhile, the mayor allayed fears on relaxing travel restrictions in Davao City as the city intensifies its community surveillance to manage the Covid-19 transmission in the city.

(It is not worrisome. Even before the IATF Resolution 101 came out, we already stopped the mandatory RT-PCR testing at DIA since we directed all our resources to testing in the communities. Since we loosen our entry, we must be aggressive in our community surveillance where there are positive Covid-19 cases.)

She also said Davao City will follow the IATF Resolution No. 101 “in toto,” which means implementing the minimum health public standards of physical distancing, hand hygiene, cough etiquette, and wearing of face masks and face shields; as well as conducting clinical and exposure assessment in all ports of entry and exit to ensure that only asymptomatic, non-close contact individuals are allowed to travel or enter the LGU of destination.

Duterte also reiterated that no traveler shall be required to undergo quarantine unless they exhibit symptoms upon their arrival.

She said authorities only relaxed the travel protocols for entry to Davao City, but the curfew and liquor ban are still in effect. (RGL with CIO PR)