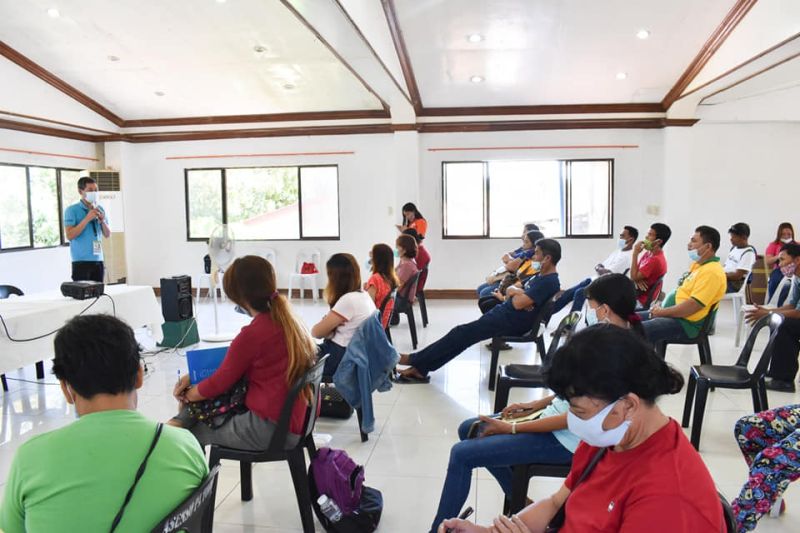 The activity is part of the social preparation for the implementation of the regional line agency's Special Area for Agricultural Development (Saad) program.

Saad area coordinator Amy Parillo, in a statement, said participants from Barangays San Jose, Tabun-ac, Bandila and San Isidro were able to identify what agricultural projects are suited to their needs.

These barangays are situated in the hinterland of the northern Negros Occidental town where access to national government interventions is seldom felt by the residents.

Saad area coordinators, during the activity, taught farmers how to come up with social mapping, market and mobility map, livelihood analysis and seasonal calendar, among others.

Parillo said the results of these mechanisms will then be analyzed and would serve as a basis for the Saad in rolling out various interventions.

Marbeleth Dueñas, chairwoman of Barangay Bandila Farmers' Association (BBFA), said the activity encouraged her to further strengthen their association after their group became inactive last year due to the restrictions brought about by the pandemic.

The BBFA was reactivated just in February this year.

Dueñas vowed that their group will be "going back on track" this year, citing the contribution of the livelihood assistance from the agency's 2021 allocation.

"This CNA activity helped us build up the livelihood projects that we would be getting from the DA-Saad," she said, adding that "we are also giving our assurance to sustain and take care of these interventions."

The DA-Western Visayas said Saad has been rolling out the CNA within its target communities to ensure that beneficiaries fully grasp the goals and objectives as well as develop a sense of ownership on the projects to be implemented in their locality.

It said that Saad team is scheduled to conduct more CNA activities in the identified barangays and farmers associations in Toboso, one of the priority areas for DA's agricultural interventions aimed to alleviate poverty among marginalized sectors. (With PR)