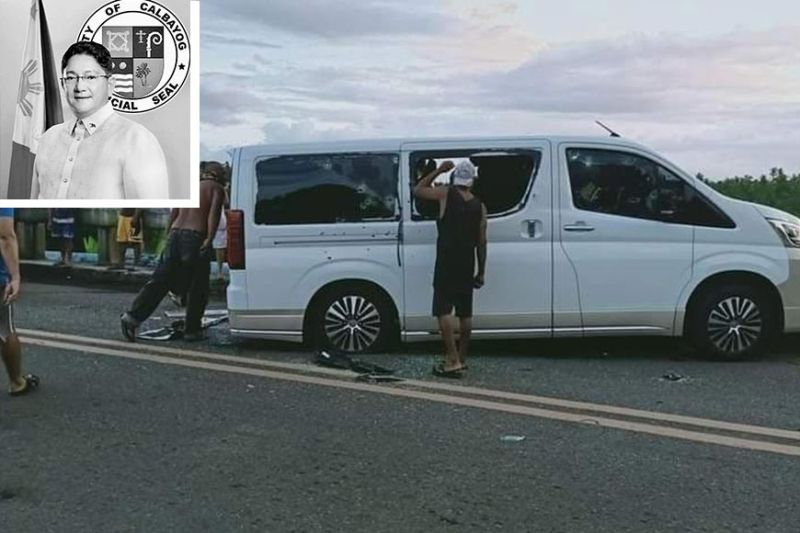 THE vehicle of the mayor of Calbayog City, Samar was attacked by an unspecified number of armed people at around 5 p.m. on Monday, March 8, 2021.

Three people died on the spot and one was taken to the hospital.

According to the Philippine Information Agency Region 8’s Facebook post, one of the fatalities was Calbayog City Mayor Ronald Aquino.

Two police escorts of the mayor, who were not immediatley identified, also died in the attack, according to a reliable source of Superbalita from the local police.

The police report said Aquino and three of his companions were riding a Toyota Hiace van. They were heading north of the city. When they reached Laboyao Bridge in Brgy. Lonoy, Calbayog City, two vehicles arrived.

Onboard the two vehicles were the gunmen who opened fire at the mayor’s vehicle. A gunfight ensued among the mayor’s police escorts and the perpetrators.

One of the gunmen was killed in the shooting.

The source of Superbalita said the slain gunman was a police officer.

Superbalita Cebu asked for confirmation from Lt. Col. Ma. Bella Rentuaya, spokesperson of the Police Regional Office (PRO) 8, but she said she did not have information yet on the incident and the investigation was still ongoing.

Police in nearby areas established checkpoints after the gunfight.

A few days before the incident, some areas in Calbayog had a poster with a blank face and “Wanted Next Mayor” written on it.

One of the things the police are looking at now is the political situation in the city.

The Calbayog City Government and the mayor’s family have yet to give their respective statements.

Investigation into the incident is still ongoing. (JKDP)