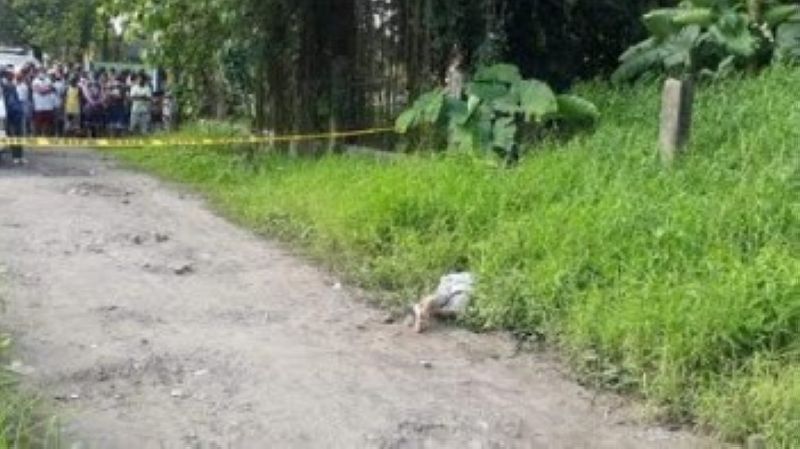 Corpuz said he has already interviewed the woman whose name was written on a cardboard placed beside the body of the victim that threatened her to be the next target. The sign read “I Love Drugs” and “Flor Letran ikaw ang susunod”.

He confirmed that the woman is a resident of the city, but she failed to identify the dead man. she cannot reconcile for herself why the killers put her name on the sign and threatened her to be next in line.

The woman lives near the police station, Corpuz said.

He also said based on the post-mortem examination, the victim died of two gunshots on his head. The bullets' entrance were on his ears and exited on his nape. He also had broken ribs and his ears were detached, which showed he was brutally killed.

Corpuz said the victim was only dumped in Barangay 19-A, Canetown Subdivision, Victorias City where his body was found Sunday, March 7.

He also said the victim may have been an inmate, as he has an HGL tattoo that is common for prisoners to have.

His body with the sign may have been dumped at the area to send a message to Letran, Corpuz said.

Corpuz would not confirm if the case is related to illegal drugs.