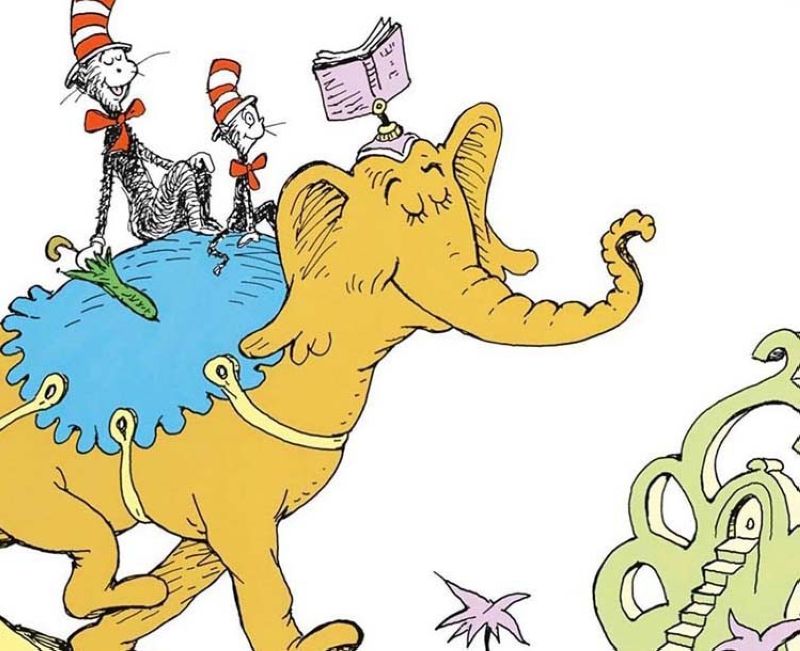 “A person’s a person, no matter how small.”

This is a popular line in the children’s book titled “Horton Hears a Who.” The person who wrote that book was Dr. Seuss who is still known for a myriad of children’s books. His play of words, amusing rhymes, and odd-looking characters that are relatable even to adults has made him one of the most beloved authors.

But before Dr. Seuss became an author for children’s books, did you know that he was a film animator for the army?

In commemoration of the beloved author’s birthday on March 2, here are five facts you didn’t know about Dr. Seuss:

1. How his pen name started

According to Biography.com, Geisel was once the editor-in-chief of Dartmouth College's humor magazine, Jack-O-Lantern. When he was kicked out of the magazine staff after getting caught drinking inside his dorm room, he resorted to contributing articles under the name "Seuss."

The "Dr." part is a tongue-in-cheek reference to his incomplete doctorate.

According to an article published by PBS.org, American publisher Bennett Cerf had bet Geisel that he wouldn't be able to write a book using 50 or fewer words.

Geisel then went on to write the children’s book titled Green Eggs and Ham with a vocabulary that consists of only 50 words.

In an article published by Publishers Weekly, more than eight million copies were sold since the book was first published on August 12, 1960.

Now, would you eat green eggs and ham, Sam-I-Am?

3. Dr. Seuss did not have any children

Despite being a marvelous children’s books author, Geisel did not have any children of his own. Helen Palmer, his first wife, could not bear children of her own.

However, Geisel had always considered kids as the "toughest audience to write for."

To encourage more kids to read and form a bond with their parents, he wrote books that both parties would want to read.

The book, which included nude drawings of women, was based on the legend of Lady Godiva. Legend has it that the Earl of Coventry's wife rode naked on horseback, a move in protest of her husband's unfair taxes.

This unfortunate chapter in Geisel's life led him to say, "I attempted to draw the sexiest babes I could, but they came out looking absurd."

The other book 'You're Only Old Once' was published in 1986.

The following books will no longer be published because they "portray people in ways that are hurtful and wrong."

The decision was made by Dr. Seuss Enterprises after discussing matters with educators.

"Ceasing sales of these books is only part of our commitment and our broader plan to ensure Dr. Seuss Enterprises' catalog represents and supports all communities and families,” the organization said.