Who is Virgilio Almario? 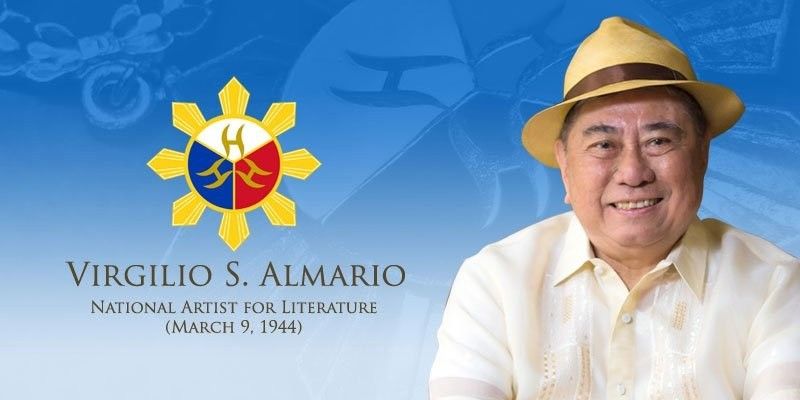 Almario who goes by the pseudonym Rio Alma was born on March 9, 1944 in Camias, San Miguel, Bulacan.

Before he became a National Artist of the Philippines, an artist, poet, critic, renowned translator, and cultural manager, he was an AB Political Science student in the University of the Philippines (UP) Diliman. He finished his degree in 1963.

In 1967, he released his first collection of poems titled “Makinasyon at Ilang Tula.”

According to UP, Almario was "blacklisted" by the military during the years of Martial Law under former President Ferdinand Marco because he was an activist. During this period, he dedicated his time and focus to studying the history and tradition of Philippine literature.

That's because he translated Jose Rizal's “Noli Me Tangere” and “El Filibusterismo.” Also included in his works is the children's story “Ibong Adarna.”

Among his books on criticism, literary history, and anthologies are:

A recipient of multiple awards, Almario was proclaimed as the National Artist for Literature by former President Gloria Macapagal-Arroyo in 2003.
< Previous PageNext Page >