Duterte in quandary as need to reopen economy persists 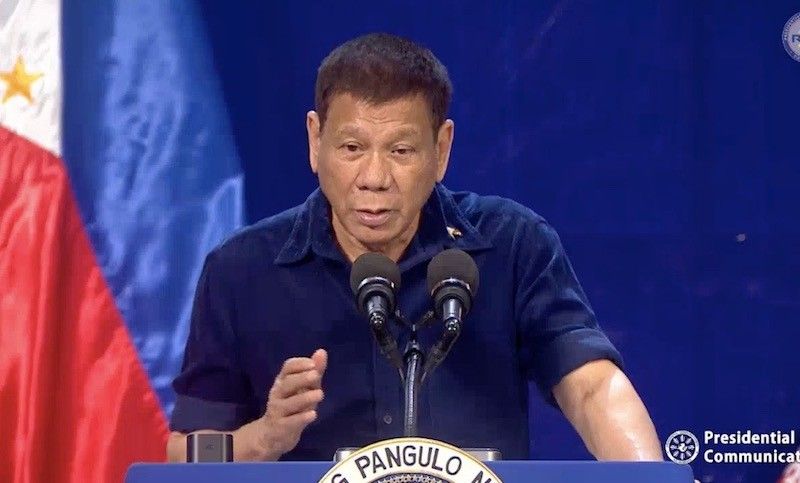 PRESIDENT Rodrigo Duterte on Thursday, March 11, 2021, said he has given a timetable to reopen the economy further in “just weeks,” but he was concerned over the lack of vaccines against coronavirus disease 2019 (Covid-19).

The Philippines has so far received a little more than 1.1 million doses of vaccines, which would vaccinate less than 600,000 people, about a third of the country’s 1.76 million healthcare workers and less than one percent of the Philippine population.

Duterte said the government has found itself “between the devil and the deep blue sea.”

“I have to reopen the economy - I’ve given a timetable of just weeks. We cannot forever be in the strict protocols because we have to open the economy. People are hungry. People..they have to work to eat to survive,” the President said during the inauguration of several projects in Negros Oriental.

“So, hindi ko malaman kung saan ako pumumta. But i said the economy must be opened in a short while,” he added.

He said he will allow the reopening of the economy when the number of people who have been vaccinated reaches a million.

“Kung makita ko na mag-abot na ng million ang na-vaccinated ... especially around the towns and big cities, ok na. But hanggang ngayon, I am in a quandary of what to do,” Duterte said.

The government's economic team is pushing for MGCQ for the entire country to allow more business sectors to resume operations. Duterte, however, thumbed down the recommendation shortly before the quarantine classifications for March were announced on February 27.

Malacañang is set to announce the quarantine classifications for April before the end of March.

Community quarantine restrictions in the country were first imposed when Metro Manila was placed under lockdown on March 15, 2020. The restrictions were expanded to cover the entire Luzon on March 17, 2020. Local government units in key cities, such as Cebu City, followed before the end of March.

Meanwhile, Duterte noted that inconsistencies in swab test results have caused the public to lose confidence in laboratories conducting the tests for Sars-CoV-2, the virus that causes Covid-19.

“The problem is...I have to talk to the medical...kasi hindi ko malaman if there is something that is really stupid that is going around. Kasi, ‘yung iba, magpa-swab ka, positive ka. But just to confirm, people go to another swabbing station and magpa-swab, negative,” he said.

Duterte said he might have to order the police and the military to go after laboratories with faulty test results.

The daily positivity rate, which used to be within the 5 to 6 percent range, has increased to 10 to 11 percent in the last few days. New Covid-19 cases, which averaged only about 1,000 a day at the start of the year, now average more than 3,000 a day.

The President was in Negros Oriental to inaugurate several development projects within the Dumaguete-Sibulan Airport in Sibulan town.

These are the re-blocking of the apron, construction of two taxiways, expansion of the existing passenger terminal building, runway asphalt overlay and shoulder grade correction, and the expansion of the Civil Aviation Authority of the Philippines (CAAP) administrative building.

These development projects have increased the airport’s capability to accommodate heavier aircraft and expanded the terminal’s capacity to 450 from 330.

The new two-story building will serve up to 500 passengers and features the Port Integrated Clearing Office, a one-stop-shop aimed at expediting the processing of entrance and departure clearances for domestic and foreign vessels and cargoes.

Housed within the facility are regulatory agencies and other offices such as the Philippine Coast Guard (PCG) and the Department of Agriculture (DA) - Bureau of Animal Industry and Plant Industry. (Marites Villamor-Ilano / SunStar Philippines)