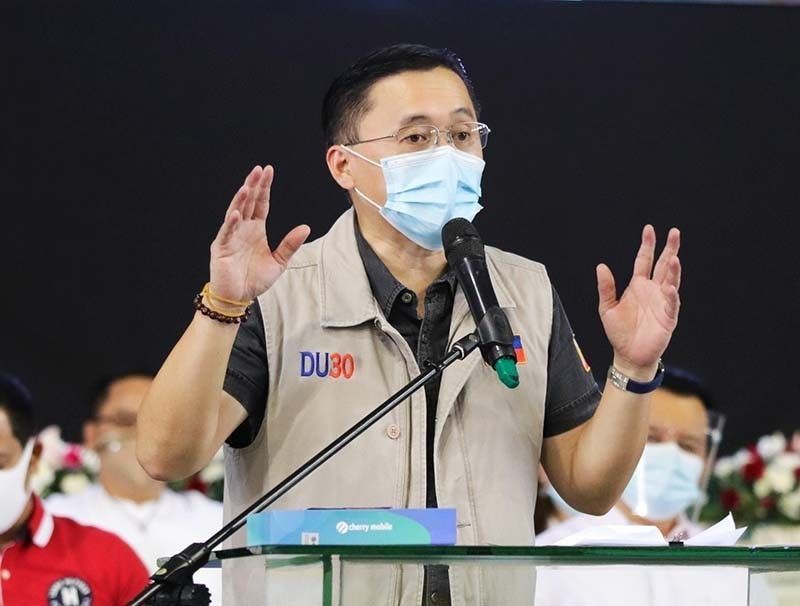 The President made the announcement in a speech during the inauguration of the new port terminal building in Dumaguete City, Negros Oriental, further fuelling speculations that he was endorsing Go, who is now a senator, as his candidate in the May 2022 presidential elections.

Go could be seen gesturing with his hands and shaking his head, apparently to deny the President’s announcement.

Under the 1987 Constitution, the President is not allowed to seek reelection.

Members of the Partido Demokratiko Pilipino Lakas ng Bayan (PDP-Laban), the political party that catapulted Duterte to the presidency, have reportedly signed a resolution urging Duterte to run for vice president in 2022. A copy of the resolution, which was signed on March 8, 2021, was circulated on social media on Thursday.

Speculation is also rife that the party's incumbent president, Senator Emmanuel "Manny" Pacquiao, is also eyeing the presidency in 2022.

Duterte earlier shot down speculations that his eldest daughter, Davao City Mayor Sara Duterte-Carpio, is eyeing the presidency, saying she has indicated her preference to focus on her family first. (Marites Villamor-Ilano / SunStar Philippines)