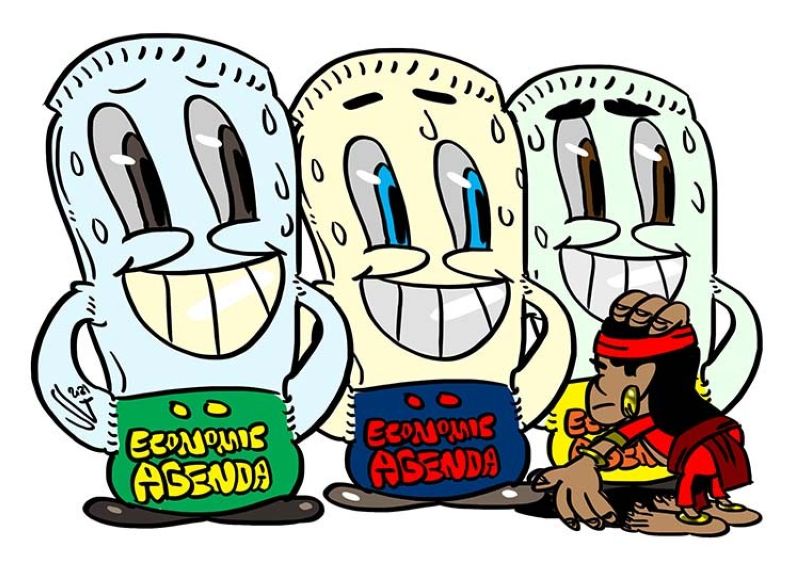 CEBU politics doesn’t surprise much. Conservatives to the core, our leaders are easily traced by the patterns of affinities that don’t really mutate much from one poll season to the next.

So we have 18 city and town mayors allied with the PDP-Laban committing themselves to a signing rite, a manifesto of sorts calling for the current President, with 14 months left to his term, to run for Vice President in 2022. This was local response after Energy Secretary Alfonso Cusi, PDP-Laban vice chair, reportedly disclosed the plan, already backed by Metro Manila mayors.

The plot gets clearer by the day as it pops out on social media with supporters uploading profile pictures indicating a Go-Duterte tandem, which means the coalition is pushing for Sen. Bong Go as standard bearer.

Presidential Assistant for the Visayas Secretary Michael Lloyd Dino said they will leave the running-mate choice to the President should the latter accept the coalition’s call.

In a speech during the joint meeting with the national and regional task forces to end local communist armed conflict (ELCAC) in Cagayan de Oro City recently, the President in jest called Go “president,” telling him to “stand up and wave to the people.”

There have been not a few occasions when the President profusely lauded Go for the latter’s achievements and efforts. The latter had been working for him for 21 years already, the President said, since he started in 1988 an unbroken career in politics.

including the Philippine National Deployment and Vaccination Plan for Covid-19.

The manifesto states: “With the impending transition of power in 2022, we further commit to support a transition of leadership that will guarantee continuity of President Duterte’s socio-economic agenda.”

There is much accounting to do as of now, still in the first quarter of the year. The vaccine rollout has been nothing but a trickle and shopping for it has been uphill. The economy still staggers and with a “new normal,” and all its fluid definitions, any “economic agenda” claimed by anyone today are always suspiciously far from perfect. Not even the PDP-Laban or government itself apparently has a monopoly of the best ideas in restoring the economy to pre-pandemic times.

So it’s still pretty much an open season and only time can tell on who stands out in the popularity game. That manifesto signing is nothing but a coalition’s loyalty check of sorts, necessary only either to root positions or kill their own anxieties about their power hold.