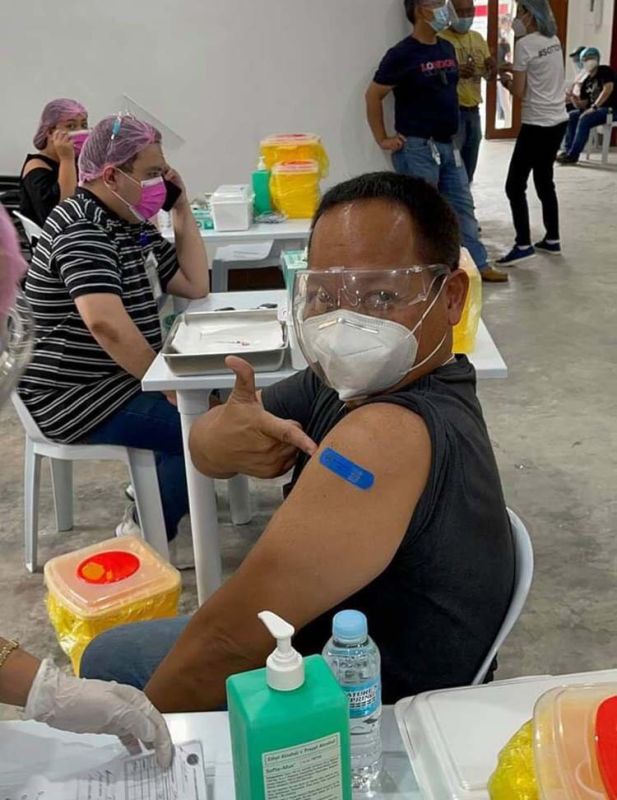 The Department of Health (DOH) said on Friday, March 12, the number constitutes around 6.5 percent of the targeted 1.76 million healthcare workers nationwide.

It also represents around 11 percent of the over one million healthcare workers who are on the masterlist of vaccine recipients.

DOH Undersecretary Maria Rosario Vergeire said the top three regions that had CoronaVac vaccinations are the National Capital Region (NCR), which received 40.7 percent of the vaccines, the Cordillera Administrative Region (CAR) with 13.9 percent and Soccsksargen with 11.7 percent.

Vergeire said the AZ vaccine was used in the NCR, CAR, Ilocos and Calabarzon.

Of the 21 cases with serious AEFI, 20 received CoronaVac and one was administered with AZ.

“Some had a hard time breathing while some had chest pains. This is what we consider as serious and we are studying this,” Vergeire said in Tagalog.

The National AEFI Committee said the serious adverse events may not be directly due to the vaccine, but may have been caused by anxiety and fear of inoculation.

Of those who experienced mild adverse events, 872 were vaccinated with CoronaVac and 85 received the AZ vaccine.

Considered mild adverse events are muscle pain at the injection site and other parts of the body, fever, high blood pressure and rashes.

In Central Visayas, 10,193 healthcare workers have been inoculated with the Sinovac vaccine a week after the region started its vaccination rollout last March 4.

Of the number, only 155 reported adverse events. Ninety-nine percent of the AEFIs reported were mild.

DOH 7 spokesperson and chief pathologist Mary Jean Loreche said in a briefing on Friday, March 12, no moderate or severe adverse events relative to the inoculation of the Sinovac vaccine were reported in the region so far.

The region has to vaccinate a total of 55,262 healthcare frontliners composed of 29,069 hospital workers and another 26,193 healthcare workers from temporary treatment, monitoring and isolation

facilities in the region.

“So, we’re a bit slow. We should speed up so we can proceed with the next batches,” she said in Cebuano.

Loreche said Central Visayas would need more than 110,000 total doses of Covid-19 vaccines to cover the two doses needed to complete the vaccinations.

As of Friday, the region received 57,715 doses of combined Sinovac and AstraZeneca vaccines.

“We have not distributed the AstraZeneca because we are still taking care of a few things. But once our team is ready, we will deploy in hospitals and other facilities,” she added.

Loreche said as of now, DOH 7 has distributed vaccines to 31 health care institutions in the region.

Twenty people included in the masterlist later decided not to be inoculated with the Sinovac vaccine, while the vaccination schedules of 161 individuals had to be deferred due to their health conditions at the time.

“For example, the person is not feeling well or feverish or the blood pressure is not stabilized, we defer until such time he’s fit for vaccination,” she said.

Loreche said although some hospitals already have allocations, their vaccines could not yet be distributed to them either due to the hospital’s cold chain storage which has not passed standards or the

facility has yet to be registered under the Covid-19 Bakuna Center Registry (CBCR) which is needed to monitor vaccination activities.

Loreche congratulated the Cebu Velez General Hospital, Amosup Seamen’s Hospital-Cebu, and Mandaue City Hospital for the complete vaccination of all their healthcare workers.

Among the first to be vaccinated was Cebu City Councilor Joel Garganera, the EOC deputy chief implementer.

Sinovac vaccines were administered on the EOC personnel.

Garganera said EOC nurses were the first ones to be inoculated.

Since some QRT personnel and contact tracers were hesitant to be vaccinated, Garganera said he was asked by Vicente Sotto Memorial Medical Center (VSMMC) chief Dr. Gerardo Aquino Jr. to have himself vaccinated so the others would follow.

Under the prioritization framework of the government’s three-year Covid-19 vaccination program, the right of first refusal is given to the targeted 1.76 million healthcare workers nationwide.

Only after those in the first priority group will the following in Priority Group B be vaccinated, in this order: teachers, social workers, government workers, essential workers outside health, education, social welfare sectors including agriculture, food industry, transportation, tourism, manufacturing and construction, among others; special groups such as persons deprived of liberty, persons with disability and those living in high density areas; overseas Filipino workers and other remaining workforce.

The rest of the Philippine population will make up Group C, who will receive the vaccine last. (SUNSTAR PHILIPPINES, WBS, JJL)