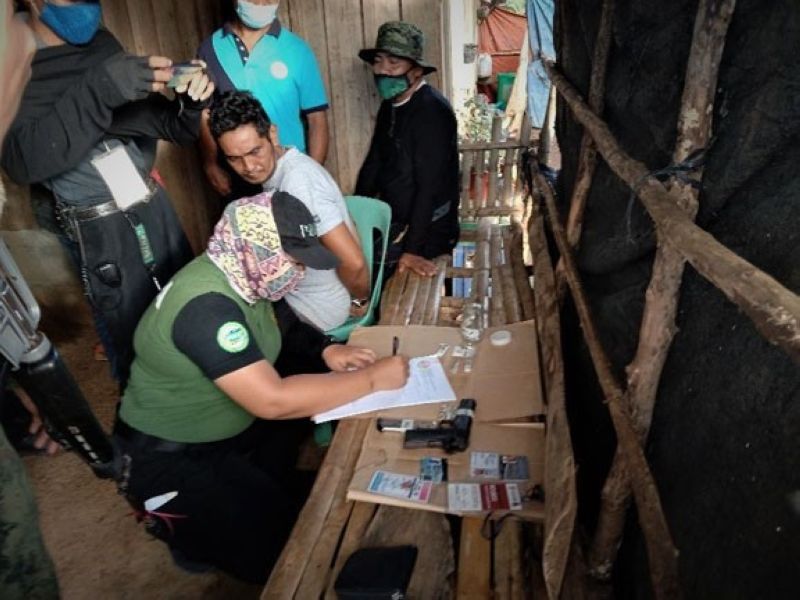 A JOINT team of soldiers, policemen, and Philippine Drug Enforcement Agency (PDEA) agents have arrested a high-value target (HVT) and seized some P102,000 worth of illegal drugs and a firearm with ammunition in a law enforcement operation in North Cotabato, officials announced.

Vinluan said Tidong was arrested in a law enforcement operation by way of service of a search warrant Friday, March 12, 2021, in Pantar village, Banilisian, North Cotabato.

Recovered from Tidong’s residence were some 15 grams of suspected shabu with an estimated worth of P102,000 and a caliber .45 pistol with ammunition.

Tidong and the confiscated items were brought to Banilisan Municipal Police Station for the filing of appropriate charges and proper disposition.

“I commend the joint forces especially our troops from the 34th Infantry Battalion who provided support and participated in the successful operation,” said Major General Juvymax Uy, commander of the Joint Task Force Central. (SunStar Zamboanga)