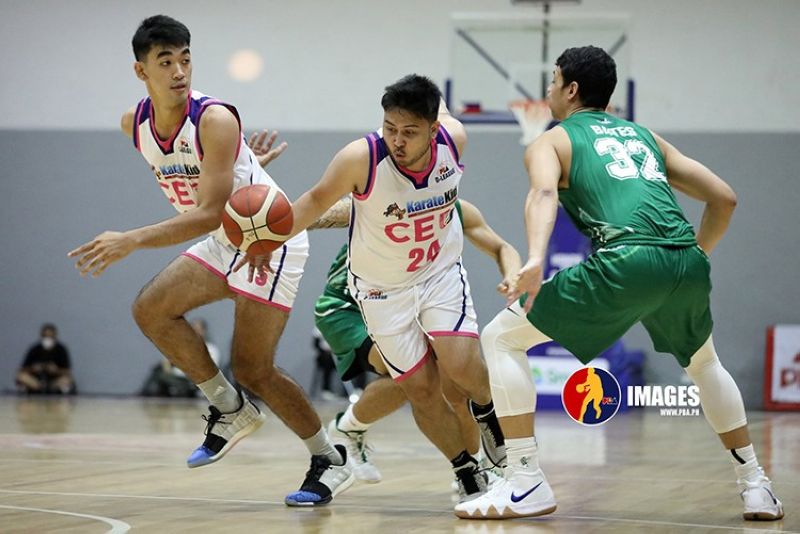 Cebuano guard Jerie Marlo “Koko” Pingoy is eager to prove himself worthy of a roster spot on the Phoenix Super LPG after the Fuelmasters selected him with the 10th pick in the fifth round of the 2021 PBA Draft on Sunday.

Pingoy realizes that a roster spot on the loaded Phoenix team is not guaranteed but getting the chance is more than enough for a player who almost gave up playing the sport a year ago. With his morale down amidst the pandemic, Pingoy admitted that his weight ballooned to a whopping 105 kilograms (kg).

However, with a strict training and diet regimen, he’s now down to a lean 85 kg.

“It’s been really tough. I feel like I’m starting from the bottom again. So yes, I’m happy that worth it ra tanan ang ako hard work nabuhat and thanks to the people na nag help sa akoa,” said Pingoy, a former UAAP high school MVP during his time with Far Eastern University.

Pingoy said he feels like he’s back in Cebu all over again where he had to fight for his spot at the University of Cebu’s high school squad.

“Like what my papa said, you need to fight your spot. So mura rag balik sa Cebu. I need to prove them that I belong in this league,” added Pingoy who is the son of former PBA player Jerry “The Flying Carpet” Pingoy who suited up for Gilbey’s Gin and Tanduay in the 1980s.

The younger Pingoy admitted going through an emotional rollercoaster during the draft after not hearing his name called in the first few rounds.

“So when I heard my name selected by Phoenix, I was shocked and it was mixed emotions kasi parang sabi ko, di na ako ma-pick sa late rounds but luckily na pick sa 5th round,” Pingoy shared of his emotional moment as he broke down in tears as he put on his Phoenix cap. (JNP)