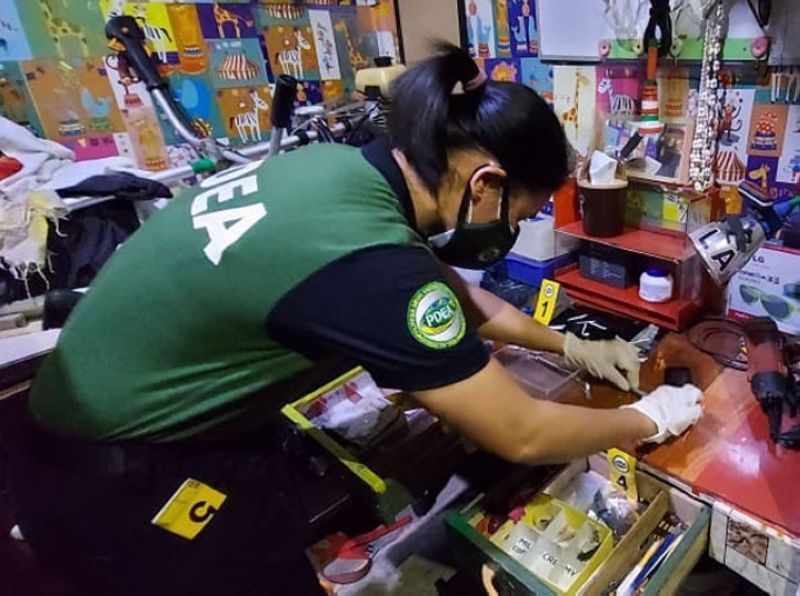 OPERATIVES of the Philippine Drug Enforcement Agency (PDEA) have arrested five people, as they dismantled a drug den and seized some P149,600 worth of illegal drugs in a law enforcement operation in Zamboanga City.

Margate said the drug den was dismantled in a law enforcement operation around 10:10 p.m. Saturday in Tetuan village, Zamboanga City.

Recovered were some 22 grams of substance believed to be shabu with an estimated worth of P149,600 and several drug paraphernalia.

Margate said the suspects were detained while charges for violation of Sections 6, 7, 11, 12, 13, and 14, Article II of Republic Act 9165, otherwise known as the Comprehensive Dangerous Drugs Act of 2002, will be filed against them. (SunStar Zamboanga)