Why life is here in Davao City 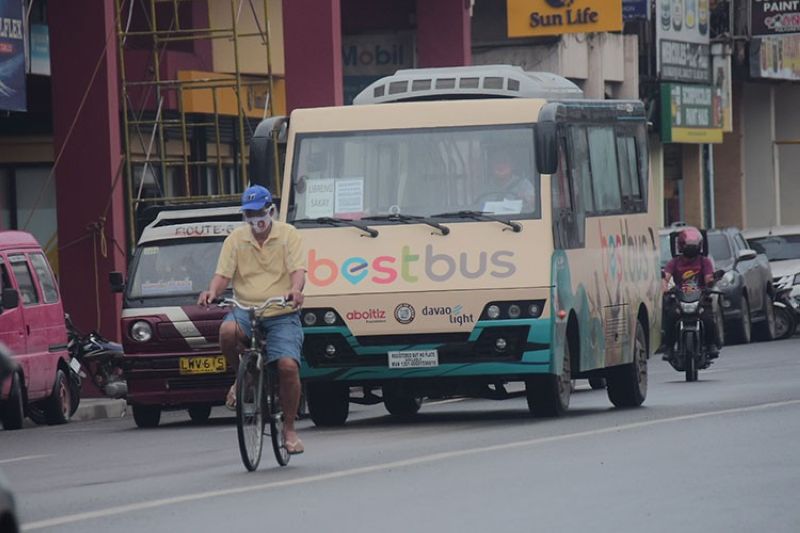 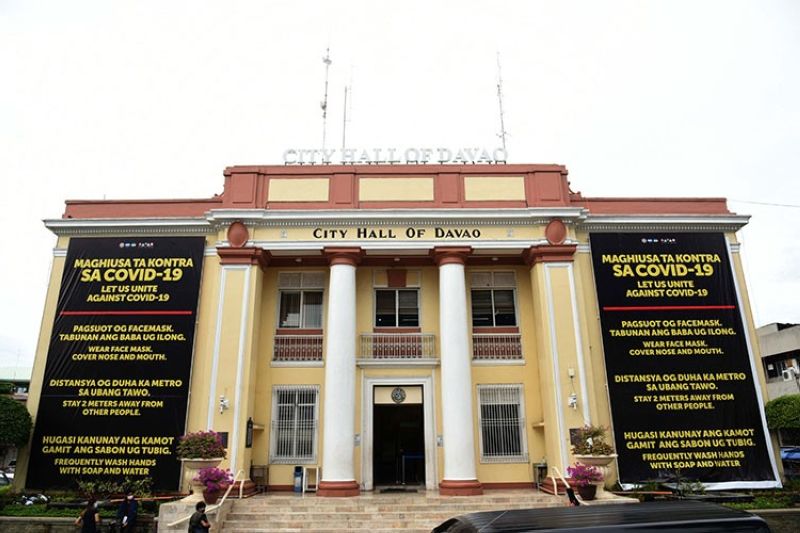 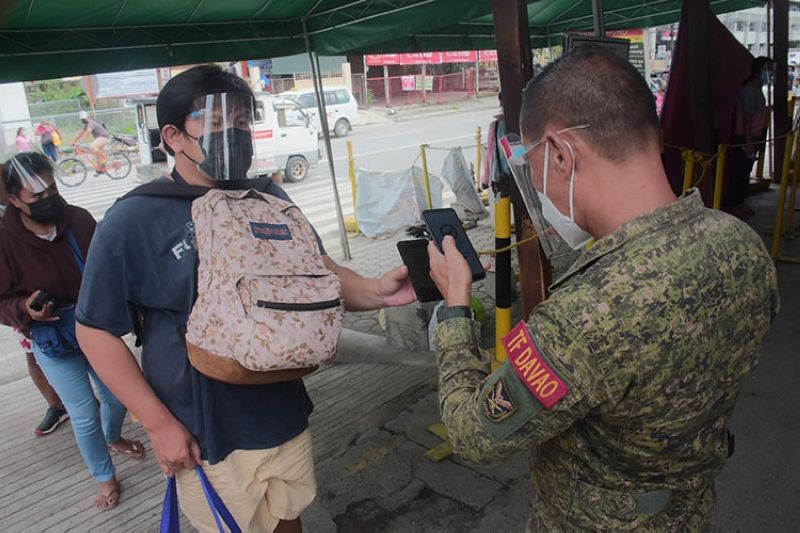 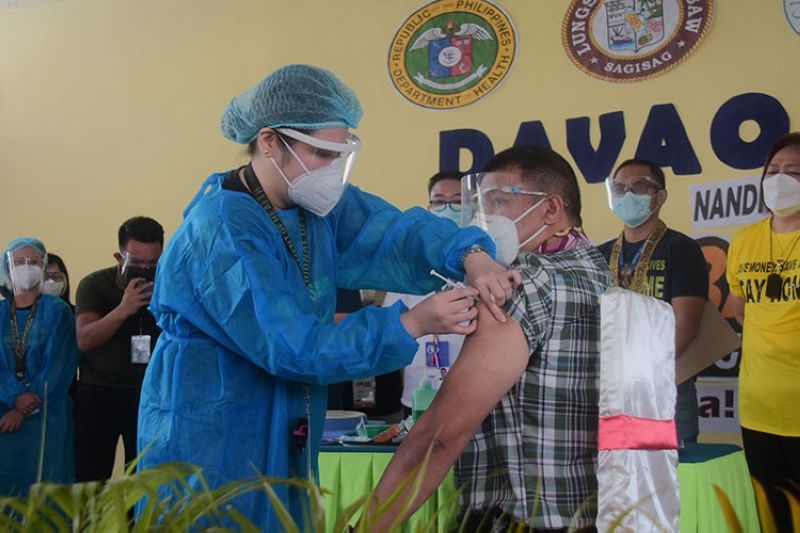 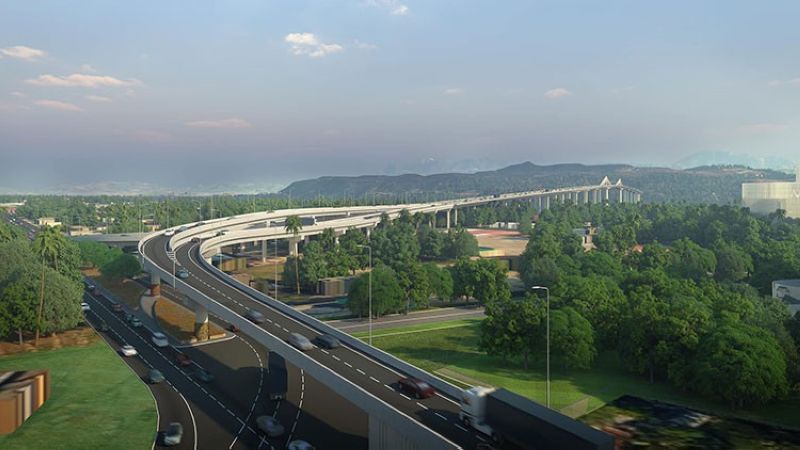 This is the symbolic slogan the city has been carrying throughout the years -- highlighting how it has become a globally livable city and a center of excellence in governance, investment, tourism, and sustainable growth driven by empowered citizenry.

But how can one be a livable city when it is facing various challenges brought about by the Covid-19, which has now more than 13,000 cases.

The pandemic not only resulted in a public health emergency, but it also stemmed an economic and social crisis due to the mandatory imposition of minimum health protocols and lockdown restrictions resulting in some forced closure of businesses and the layoff of their employees.

The local government faced challenges in managing the pandemic. With approximately 1.8 million affected Dabawenyos, addressing this health crisis with lacking manpower, resources, and funding is a task at hand. But in every storm, there is a rainbow. After experiencing the toughest chapter of the pandemic, the city is now on the verge of gradually recovering from its losses.

The pandemic had even tested the resiliency of the Dabawenyos -- from calamities, terrorism, and now, this health crisis. While the city, just like the rest of the work, remains uncertain in the very peculiar reality of the pandemic, there is no stopping the city from moving forward.

Despite the hard times, why is life still here in Davao City?

Resiliency to 'new normal' is here

The pandemic had resulted in a shift in lifestyle, hence, everyone must adjust to the 'new normal' practices.

When the city shifted to general community quarantine (GCQ), which allowed the partial operation of some business establishments, mass transportation was still limited.

With the limited seating capacity and the scare of public utility jeepneys (PUJs) plying in the streets, some motorists resort to alternative riding means. Thus, bicycles became viable mass transportation.

As more get on their bikes, the local government prepared bike lanes in the city to make the roads friendlier to the riders.

During the early months of the lockdown, the city government provided rationed goods to indigents and out-of-work heads of families, contractual or "no work, no pay", those who are self-employed, and a low-income head of the family with significant loss or reduction of income.

The City Social Welfare and Development Office (CSWDO) led the three-round food distribution to nearly 500,000 families in all 182-barangays.

Those that did not qualify in the ration distribution became the recipients of the agri-food cards including fishes, vegetables, eggs, meats, and other agricultural items.

The City Government also launched the "Work for Davao" program, an emergency employment cash for work for individuals who were terminated, laid off, or with foreclosed businesses or offices due to the restrictions imposed to mitigate the Covid-19 pandemic.

The city also offered education assistance, through the Eskwela Dabaw to children whose parents' income was affected by the Covid-19 pandemic.

With the new normal of online distance learning, the city also distributed laptops for qualified students, in partnership with the private sector.

While there have already been efforts to digitize government processes and systems before the pandemic, the Covid-19 has also triggered an unprecedented demand for more digital solutions that allowed the city to cope with the pandemic.

The absence of the vaccine during the early days of the pandemic had seen the need to curb the spread of the virus through contact tracing. However, the growing number of clustered cases is challenging tasks at hand due to limited manpower and insufficient systems.

Before the end of 2020, the city launched the Safe Davao QR (DQR) code, an electronic contact tracing and travel pass platform intended to be implemented for several purposes, which will be used by the city government to improve its contact tracing efforts.

Now that the city has started its city-wide mass vaccine rollout, the city is working on integrating the DQR system into the vaccine rollout. The system can determine if a QR code holder is vaccinated or not.

The City Government of Davao is set to launch a unified identification card (ID) and automated teller machine (ATM) card for Dabawenyos aimed at promoting efficiency, transparency, and seamless delivery of public service.

Called as Dabawenyo Card, it is a social service card, which will be useful especially in times of disaster and calamity, especially when there is a state of public health emergency like Covid-19.

Road to normalcy is here

While the city continues to intensify its contact tracing efforts, ending the pandemic is in the high hopes of a vaccine rollout.

A year since the pandemic, the Philippines finally got its first batch of Covid-19 vaccines. Early March this year, Davao City got its initial doses of Sinovac CoronaVac and AstraZeneca. Beginning March 5, the city rolled out the vaccine to medical frontliners in the Southern Philippines Medical Center and tertiary-level private hospitals.

The city, on the other hand, had already started negotiating with other drugmakers for the direct procurement of Covid-19 vaccines such as AstraZeneca, and Janssen Pharmaceuticals of Johnson & Johnson (J&J).

The challenge now is to achieve the vaccination target number of approximately 1.2 million out of 1.8 million Dabawenyos. In the coming days, the city will also be setting an online registration for the vaccine rollout, which will be incorporated in the DQR.

Infrastructure projects were still on a roll amid the Covid-19 pandemic. The long-awaited construction of the Samal Island to Davao City Connector (SIDC) Project or known as the Davao-Samal Bridge will now kick-off after the Philippine and Chinese governments signed on January 14 a P19.32-billion contract for the design and build of the bridge.

The SIDC aims to provide a permanent road linkage between Davao City and Samal to reduce travel time and reliability constraints currently experienced with ferry services.

Anytime this year, the first section of the 18.50-kilometer Davao City Coastal Road will be opened to motorists and cyclists.

DPWH undersecretary for regional operations in Mindanao Eugenio Raful Pipo Jr. said that the initial phase of this project is the Junction Bago Aplaya to Talomo section which runs from Barangay Bago Aplaya to Barangay Bucana and has a budget allocation of P2.6 billion.

Also, the first-ever long-distance mountain tunnel in the Philippines, with an approximate length of 2.3 kilometers (km), will be constructed in Davao City.

The Japan International Cooperation Agency (Jica) said the project implementation of the mountain tunnel, as part of the first 10.7-kilometer segment of the Davao City Bypass Road Project, will officially start.

Once the entire project is completed, travel time between Barangay Sirawan in Toril District, Davao City and Barangay JP Laurel in Panabo City will be cut to 49 minutes from the current 1 hour and 44 minutes via the Pan-Philippine Highway Diversion Road.

While the partial operation of the first phase of the Mindanao Railway Project (MRP)-Tagum-Davao-Digos (TDD) Segment is expected next year.