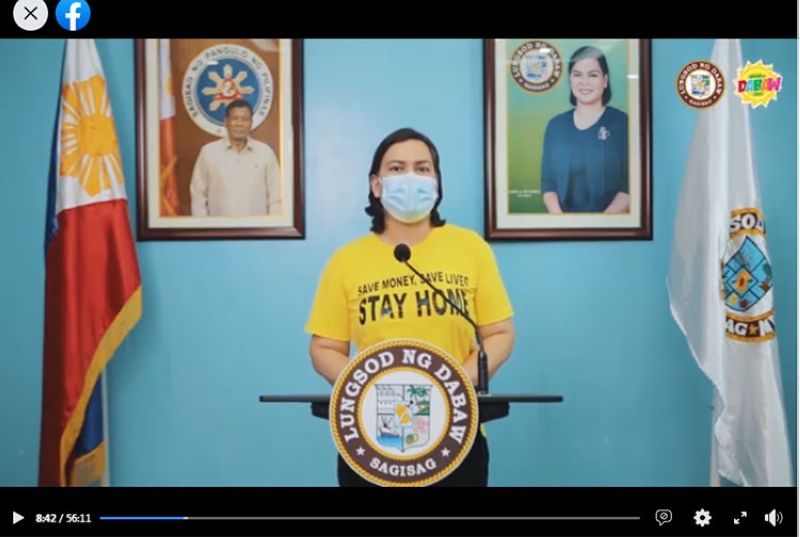 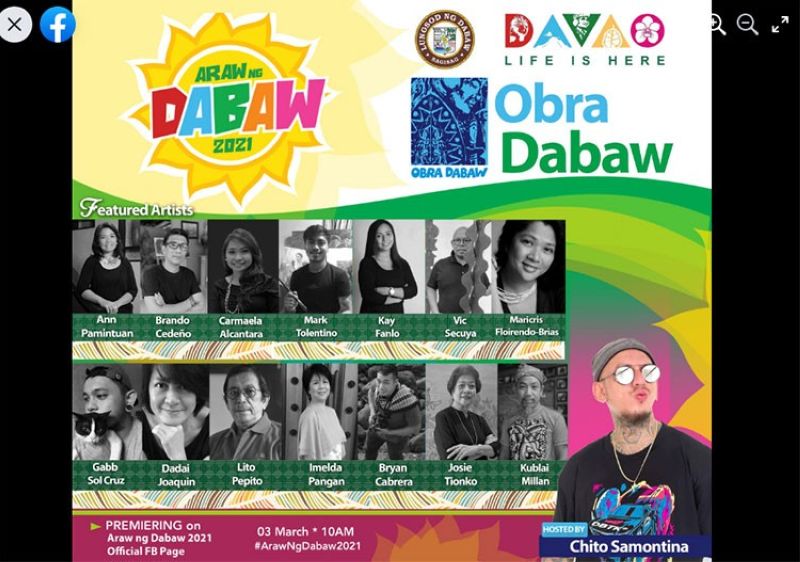 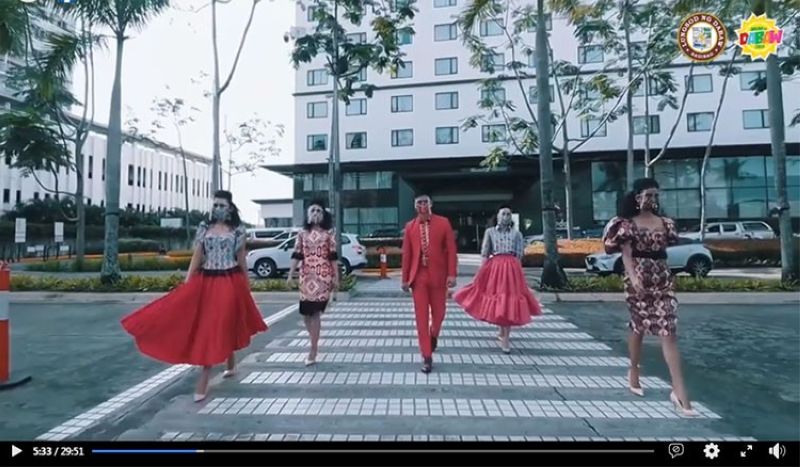 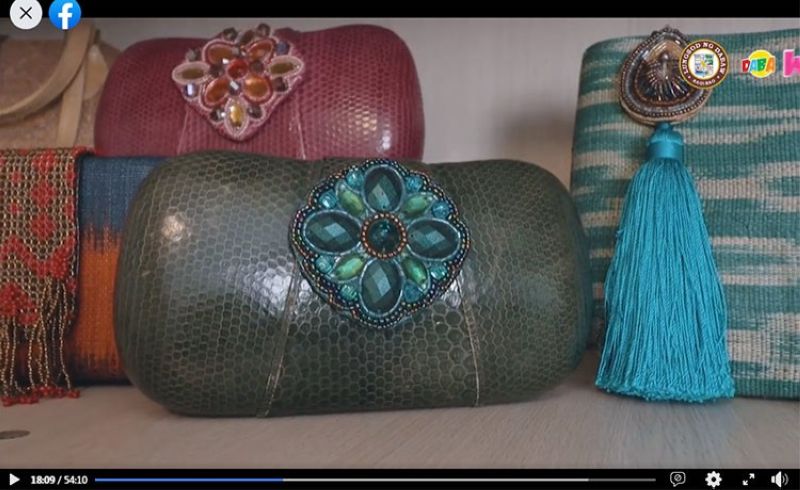 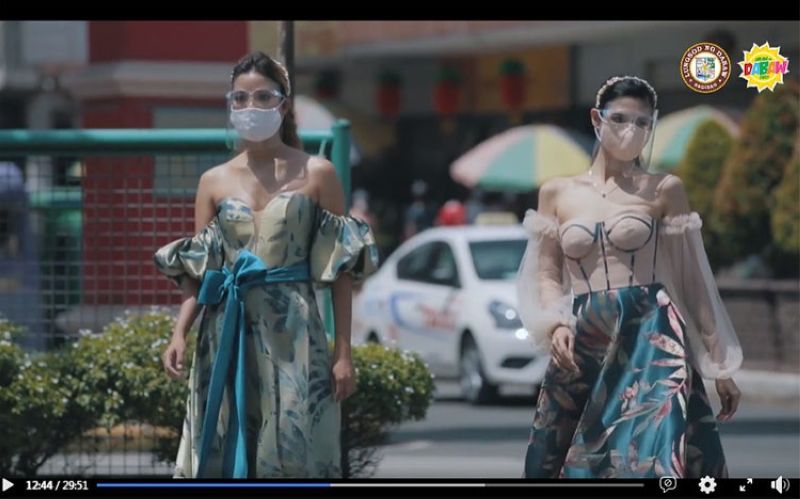 THE resiliency of the Dabawenyos was proven once again with the staging of the 84th Araw ng Dabaw celebration sans the fanfare that they used to experience.

For the second time around, the city utilized the technology so that the residents can partake in the celebration even at the comforts of their home as it prepared several online activities.

First in the lineup of virtual activities was the opening ceremony held last March 1, 2021 at 8 p.m. Hosted by Mrs. Grand Universe 2019 Leah May Luna, the opening ceremony was streamed live via Araw ng Dabaw 2021 Facebook page. There, Davao City Mayor Sara Duterte-Carpio sent her message of tribute to all the frontliners, to those who succumbed to the pandemic, and to those who are religiously abiding the protocols set by the government.

"...for it is our grit, our tenacity, and our discipline that will see us through to the end of this pandemic, in the hopes that we may one day safely celebrate our Araw ng Dabaw in the streets once more," Duterte-Carpio said.

Local artists, such as Madayaw Cultural Ensemble, Maan Chua and Chad Borja, Archie Udaundo and Jetz Tacsanan, and Fusion, among many others, showcase their dancing and singing prowess to entertain the viewers, both local and international.

The animated video of the history of Davao City was also premiered during the opening ceremony. Then it was followed by the introduction of this year's Araw ng Dabaw official theme song: "Dabaw Dabawenyo" by Maan Chua.

On the second day, March 2, at 10 a.m. was the Tilaw Dabaw, a virtual show where different cuisines in the city were highlighted. Here, homegrown and new restaurants, as well as those who have shifted to the food industry after the onslaught of the pandemic, and Halal food-offering restaurants were featured. Introduced by Kai del Corro, Tilaw Dabaw was hosted by different local personalities: Comedian Manay Kenita and Mutya ng Dabaw 2020 Jeriza Uy for the Classic/ Homegrown restaurants; Lifestyle Columnist Jinggoy Salvador and Radio/TV host Lady Bam for the Trendy and New; Chef Patrick Co and Manay Kenita for the Farm-to-Table or organic food-offering and Halal restaurants; and for Inspiration or popup (pandemic stories) restaurants were Chabelita, Ginoong Dabaw 2019 Kyle Gaite, and former TV host Ian Garcia. All of them highlighted not only the best-sellers of these restaurants but also the stories of why these restaurants came to be.

Still, on the same day at 5 p.m., the Hugyaw Dabaw, a virtual showcase of talents of award-winning and nationally and internationally-acclaimed Dabawenyos, was held. Hosted by Ms. Chinatown 2018 first runner-up Carly Chua the Hugyaw Dabaw performances were kicked off by Mindanao's premier cultural dance group the Madayaw Cultural Ensemble and Mindanao's top-notch indigenous contemporary group Mebuyan. These were then followed by modern dances and songs by different award-winning performers such as World Champion of Performing Arts finalist Y-Fi, Asia's Got Talent beatbox star Neil Llanes; acclaimed dance groups such as Diadem, Crossover, D-Squared, and EMNT. The dance performances were then followed by a tribute song to the frontliners in the city by Gleetery.

The last virtual show on the day at 7 p.m. was the Pahalipay: #GlobeReinventDavao!

This time, Chua was accompanied by Gaite as they host the performances of the show's featured artists: The Dukes and Next Option.

On March 3 at 10 a.m., another online show, this time exhibiting the masterpieces of Dabawenyo new and established artists in the Obra Dabaw. Hosted by Dabawenyo Vlogger Chito Samontina, Obra Dabaw showcased the artistic furniture pieces of Ann Tiukinhoy Pamintuan; the visual arts that exhibit the local subjects of Lito Pepito; the stunning T'nalak and indigenous pieces of Maricris Floirendo-Brias; aesthetic women's pouches of Carmaela Alcantara; locally-inspired earrings and necklaces of Kay Fanlo; the Dabawenyo culture-inspired art pieces of Kublai Millan; abstract arts of Victor Secuya; the Mindanao culture-inspired visuals of Mark Tolentino; realistic arts of Brian Cabrera; the cartoon-inspired pieces of Gabb Sol Cruz; life-like sculpture of Brando Cedeño; the modern world-as-we-see-it-inspired visuals of Lovella "Dadai" Joaquin; the broken glass mosaic of Imelda Pangan; and the flower and nature-inspired paintings of Josie Tiokno. The Obra Dabaw did not only exhibit their works of art but also talked about the stories behind their masterpieces.

On the same day at 5 p.m. of March 2, Dabawenyos got to see the fashion creations of the local award-winning designers which are both trendy yet culturally-inspired in Istilo Dabaw. Donned by fashion models and staged on the Davao City's main thoroughfares, the first to exhibit creations was Dodjie Batu with his beaded gowns and separates, paying homage to the Bagobo-Tagabawa. It was followed by Kenny Ladaga's lively colored-creations intertwined with ethnic patterns and designs. The Tausug dance culture highlighted in the fashion creation of Windel Mira, while waling-waling, the queen of flowers, takes center stage in Maizy Colleen's collections. It was followed by the creations of Benjie Panizales, which pays homage to our undying cultural identity. Niño Franco Limon's creations are inspired by Bagobo-Tagabawa, Mandaya, and T'boli, which patterns highlight the tribes' traditional garb. Edgar Buyan's fashion creation followed suit, with their glam colors inspired by the fashion of the 80s accentuated with Dabawenyo feel. Steffy de Mylo's creations highlight the fashion colors of black, gold, red, and green that depict the Mindanawon culture.

At 7 p.m., Smart brought to Dabawenyo's its Pahalipay: Smart 5G Night where it did not only give away to a winner a brand new 5G Smartphone but also featured the performances of Ferdinand Aragon, The Marshland, Drei Raña, and Sassa Dagdag.

So even if the celebration of the 84th Araw ng Dabaw was conducted through virtual, Dabawenyos and the people around the globe still got to enjoy what Davao City has to offer; from the food, its local talents, art masterpieces to fashion collections which all depict what Davao City really is.