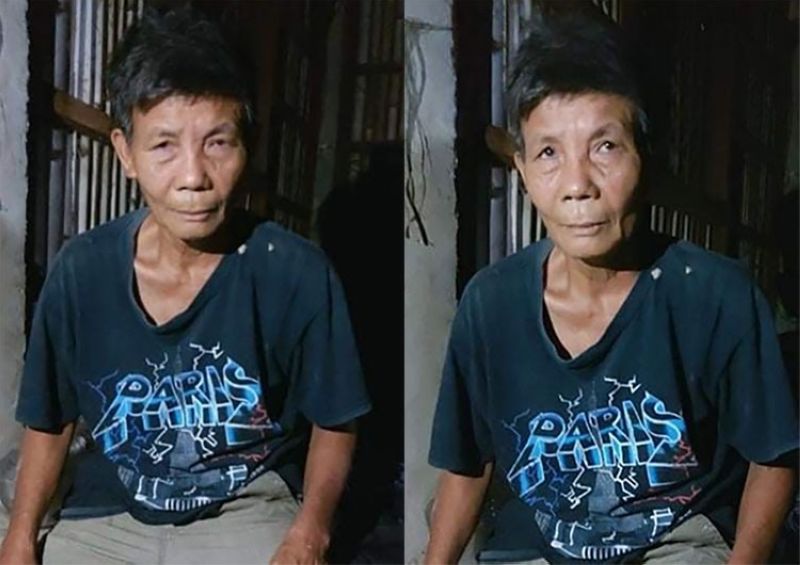 ILOILO. Alias Bing, 66, was caught seeking refuge in a house after a two-minute firefight in Janiuay, Iloilo. (Photo by 12IB)

Alias Bing, a member of NPA’s SYP Baloy Platoon, was collared following a two-minute firefight, as soldiers were doing a pursuit operation in Barangay Dabong around 1:20 a.m. of Tuesday.

The 66-year-old woman rebel is said to be a resident of Barangay Araal, La Carlota City, Negros Occidental.

She was caught seeking refuge in a house in Dabong village, as her other comrades left her and fled the area.

Bing and the confiscated items are now at the custody of Janiuay Police Station.

Brigadier General Marion Sison, 301st Infantry Brigade commander, believed that the incident would be a big blow to the NPA’s recruitment and extortion activities given that high-intelligence materials were seized.

He also said that the communist-terrorist group is planning to attack patrol bases, security forces and sabotage government projects in the area.

He said the recoveries of items needed for staging attacks like components of anti-personnel landmine and electric wire would prove that the NPAs are out to sow terror.

"The CPP-NPA’s evil doings of making and using anti-personnel landmine like what they did on March 12 attack in Lambunao," he said.

Sison was referring to the IED explosion that happened in Barangay Pughanan, Lambunao that wounded a PNP personnel and a village councilman.

He said what the NPAs did was a blatant violation of Republic Act 9851 (Philippine Act on Crimes Against International Humanitarian Law, Genocide, and Other Crimes Against Humanity), which penalizes as a war crime the employment of means of warfare such as weapons, projectiles and material that are of the nature to cause superfluous injury or unnecessary suffering or which are inherently indiscriminate in violation of the international law of armed conflict.

“But amidst this, what’s new? For more than five decades, the Communist Party of the Philippines and its armed wing, the NPA, have not done anything except to sow terror and instill fear among the people. But more than ever, the government’s resolve is ardent to end the local communist armed conflict,” Sison said.

Despite everything, he said the government would accept those who are willing to lay down their arms in pursuit of peace.

On March 29, the NPA would be celebrating its 52nd founding anniversary. (PR)