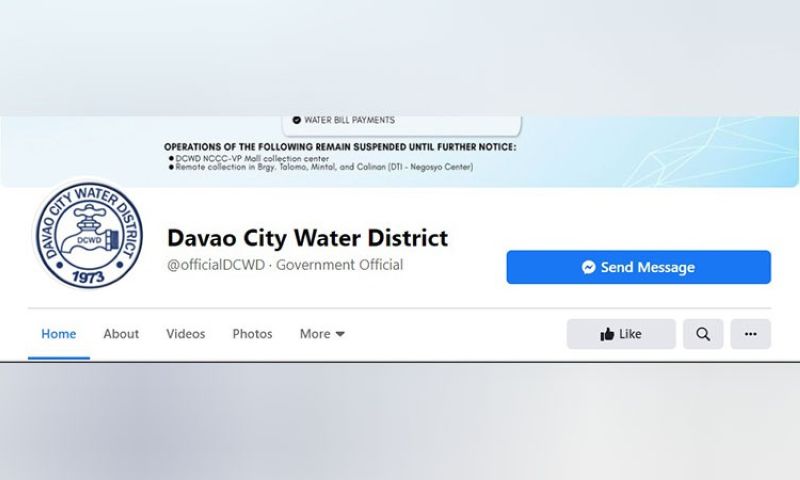 REPORTS by irate customers online may be one of the reasons that the official page of Davao City Water District (DCWD) was taken down by Facebook, an official said.

In an interview with DCWD deputy spokesperson Jovana Cresta Duhaylungsod, she said Facebook unpublished and took down their Facebook page evening of February 27, 2021 as it "goes against community standards" of the social media giant.

Since then, Duhaylungsod said they have already appealed to the management of Facebook, but the latter has yet to respond to this appeal.

While waiting for Facebook's update, they created a temporary page: facebook.com/officialDCWD.

(We have more than 700 likes on our temporary page. That's still a lot to catch up on compared to the previous Facebook page we had).

Many consumers also took it to Facebook to post on their personal accounts, saying DCWD is difficult to reach online. Others claimed they have been blocked from messenger because of their complaints.

But with the creation of their temporary Facebook page, their 24/7 chat support system has also already been re-established.

Duhaylungsod encouraged consumers to direct their complaints and concerns through the chat support system.