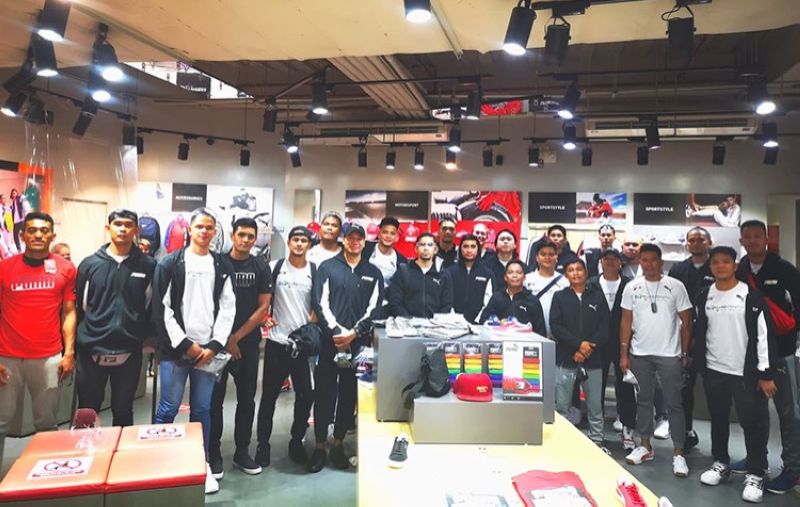 The MJAS Zenith Talisay City Aquastars get down to business as they start their training camp for the upcoming Pilipinas VisMin Super Cup. (Jonas Panerio)

The MJAS Zenith-Talisay City Aquastars get down to business as they kick off their training camp in Cebu in preparation for the Pilipinas VisMin Super Cup, which tips off on April 9 in Alcantara.

The team, led by skipper Paulo Hubalde and team manager Jhon Santos, arrived in Cebu City on Tuesday and proceeded to Talisay City where they would start with twice a day practices beginning on Wednesday.

While teams like the KCS Computer Specialist-Mandaue City and the ARQ Builders-Lapu-Lapu City have already been practicing for several weeks, the Aquastars are only gathering as a complete team for the first time. Santos, though, believes it won’t take long for his team to build chemistry.

“Itong team na to more than one year na magkakasama, so one week lang na magkakasama sa court, sa tingin ko madali lang magkaka-amuyan,” said Santos of his team that is built on the core of Valenzuela’s squad in the Maharlika Pilipinas Basketball League (MPBL).

“Nahubog na kami ng panahon. Implementation na lang sa court, chemistry, konting tweaks especially with the addition of the homegrowns,” added Hubalde, who is the undisputed leader of the squad, having played in the PBA for San Miguel, Barangay Ginebra, Barako Bull, Air21, GlobalPort and Alab Pilipinas in the Asean Basketball League.

Santos relayed that every single member of the team—including the homegrown players—would be living under one roof and would be having twice-a-day practice sessions before entering the bubble in Alcantara on March 26. They’ll be the first team to do so.

Hubalde said he and the rest of his teammates are excited to work inside the bubble, adding that it feels like they’re in college all over again.

“Excited and curious. Siyempre, it’s the first time to experience this. Sa akin lang, we should enjoy the journey and hopefully, we can meet our goal of winning the championship,” said Hubalde, who is the son of one of the greatest basketball players in PBA history, Freddie Hubalde.

“It feels like going back to college once again. You’re just with your teammates, with your boys, wala masyadong responsibilities as a family man. Basketball lang muna,” he added.