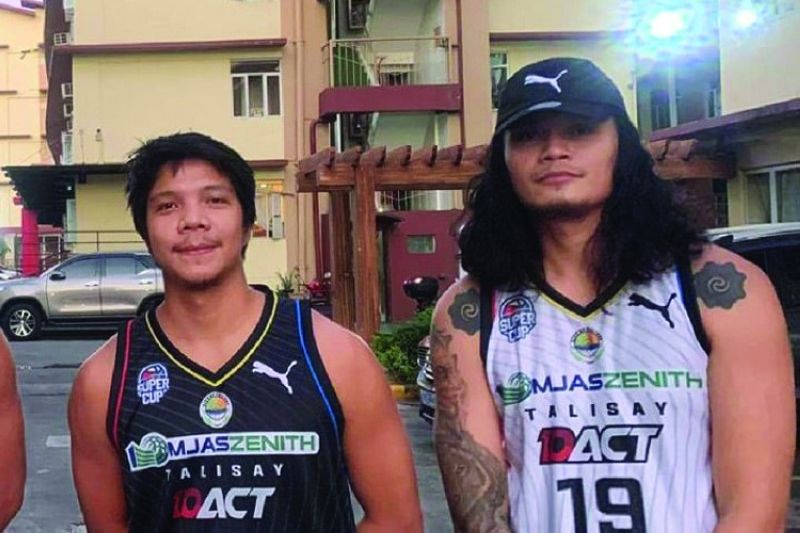 As warm as the homecoming has been for the two Cebuanos, they both realize what they’re here for and that is to prepare for the Aquastars’ campaign in the upcoming Pilipinas VisMin Super Cup—the very first professional basketball league in the south.

“I’m happy to see my family once again,” said Menina, a former Mythical Five guard during his time playing for the University of Cebu in the Cebu Schools Athletic Foundation Inc. (CESAFI). “I just have to sacrifice for the team, for my family and for Talisay City so that we can get wins in the VisMin Cup.”

The team arrived in Cebu last Tuesday and will soon enter the bubble in Alcantara next week. Cabahug said he is excited to once again play in front of the Cebuanos.

“I’m excited to be home and play for our crowd,” the University of the Visayas and Adamson University product said.

While other Visayas teams have already been ramping up their preparations, the Aquastars are only getting their feet wet. Cabahug said this isn’t really a concern considering the amount of veterans this team has. Aside from Cabahug, MJAS Zenith also has the likes of Paulo Hubalde, Val Acuña and Lester Alvarez.

“We have a lot of veterans on this team so we already know what we need to do in training. It’s just a matter of respecting one another and heeding what coach wants us to execute,” Cabahug said.

Cabahug is expecting the competition to be fierce but he believes the team would be more successful if they can quickly adjust to the physicality of the game.

“If we can sustain our physicality here in Cebu, I think we have a good chance to getting wins,” Cabahug said. “The game is played differently here. It’s really more physical and the sooner we all can adjust to that, the better our chances will be.” (JNP)