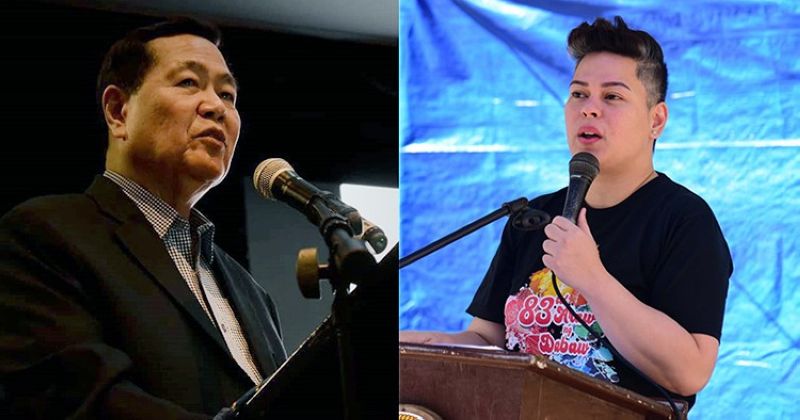 "They claim to be a coalition of democratic forces but they reject so many who do not agree with them. They sound authoritarian to me," the mayor said in a statement issued to the media on Thursday, March 18.

During the launching, “1Sambayan” said they aim to come up with a single slate of national candidates — president, vice president, 12 senators — who will run against President Rodrigo Duterte’s preferred successor and his other bets.

The coalition said they vowed to field a unified opposition ticket in the May 2022 national elections.

In his video message, the retired Chief Justice who also hails from Davao City, said the group “represents the democratic forces in the entire country,” including some marginalized and religious groups.

“We have decided to come together to choose the best candidates for president, vice-president, senators. Political parties and groups in the opposition have pledged their support to 1Sambayan and have agreed to abide by its selection of candidates,” Carpio said.

Duterte-Carpio, however, said the country needs unity as of the moment.

"Kung gusto nila maging successful dapat ang panawagan nila ay magkaisa (If they want to be successful, they should be calling for unity). What this country needs is unity, not messages with the word reject. Othering is the word that comes to mind when they speak," she said.

Carpio, during the launching, called the Duterte government "incompetent" as he criticized the administration’s “mishandling” of the Covid-19 pandemic, South China Sea policy, moves to amend the 1987 Constitution, and alleged threats against businesses, media entities and critics.

“They’ve been tested and everybody’s saying kulelat sila (they performed badly). So, we have to offer a better alternative to our people because we don’t want the same thing to happen again [and] to continue in the next six years,” he said.

1Sambayan's launching comes weeks after several pro-administration groups and supporters had been urging Duterte-Carpio to run or presidency. The mayor already rejected the call despite topping several presidential surveys.

Former longtime aide of President Duterte now Senator Christopher “Bong” Go, whom the president endorsed in public events, also said he is not eyeing for the presidency. But he said he may consider running for president if Duterte will agree to be his running mate.