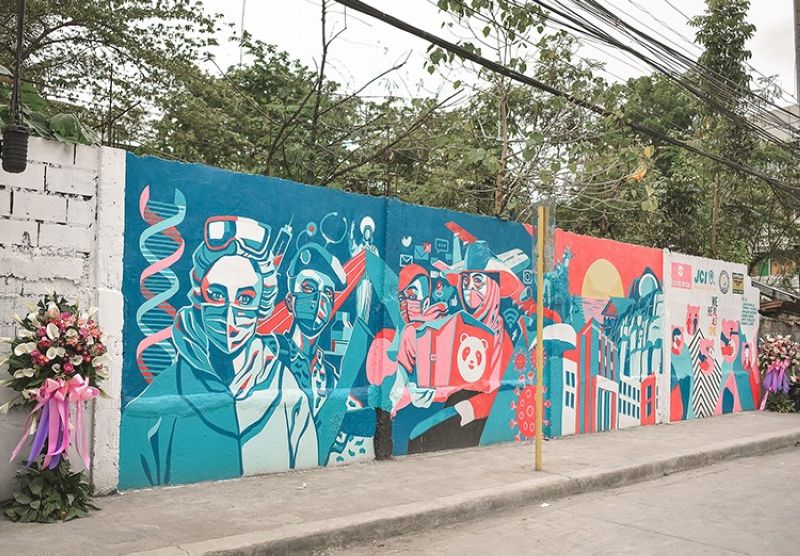 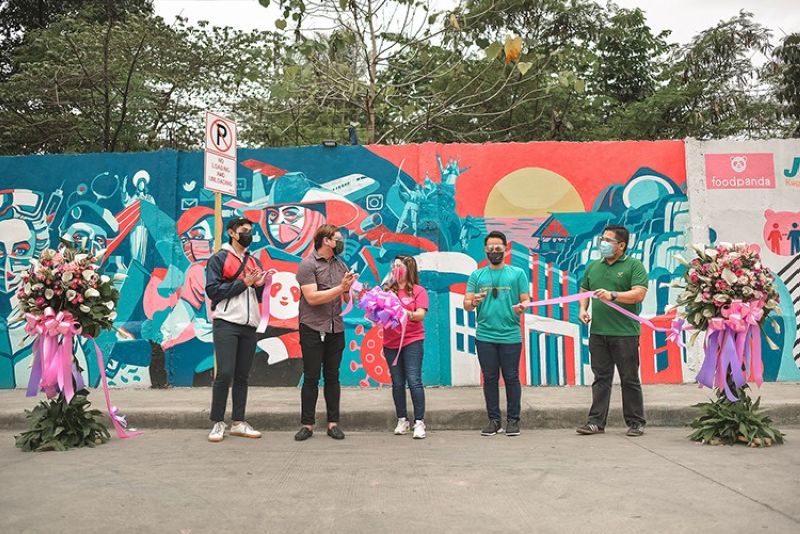 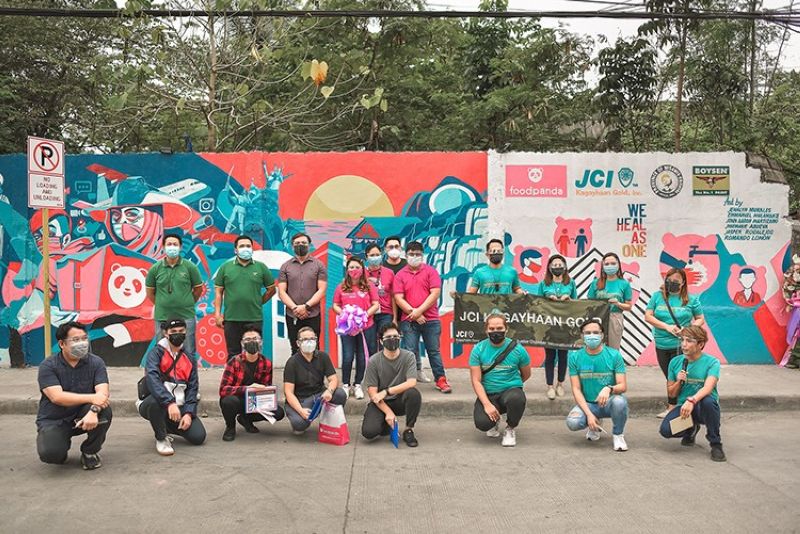 CAGAYAN DE ORO. The mural was commissioned through a partnership between Foodpanda and the Provincial Government of Misamis Oriental, KCI Kagayhaan Gold, and Boysen paints. It was produced by the Cagayan de Oro City's well-known local artists who collaborated to create the masterpiece that shows the images of the modern-day heroes. (Contributed photo)

IN A bid to show appreciation to the frontline healthcare workers' dedication to serving the public in the ongoing fight against the coronavirus disease (Covid-19), a gratitude wall was recently unveiled along Corrales Street, in front of the Seda Hotel in Cagayan de Oro City.

The mural was commissioned through a partnership between Foodpanda and the Provincial Government of Misamis Oriental, KCI Kagayhaan Gold, and Boysen paints. It was produced by the Cagayan de Oro City's well-known local artists who collaborated to create the masterpiece that shows the images of the modern-day heroes.

"We would like to honor our frontliners, not only in the medical field, but also in other sectors who kept us going through this pandemic," said Javie Deocampo-Llagas, the city manager of Foodpanda Cagayan de Oro, Malaybalay, and Valencia City.

"We are very happy to have partnered with the local government of Misamis Oriental to be able to highlight the bravery of our fellow Filipinos and value their perseverance and hard work even through these uncertain times," she added.

JCI Kagayhaan Gold David Piol expressed his gratitude to the Provincial Government for allowing the Foodpanda, JCI, and Boysen to display the mural on one of the walls near the Provincial Capitol.

Provincial Tourism head lawyer Jeffrey Saclot attended the unveiling as the representative of the Provincial Government.

Jena Morales, one of the local artists who painted the mural, thanked Foodpanda for the opportunity to highlight the talent that is thriving in the province.

According to Morales, the main concept of the mural is centered on the heroism of the frontline healthcare workers.

"In partnership with foodpanda, we are showing the world that we honor all our medical workers and also the people in the field of food business such as our food delivery drivers and many more," Morales said.

She added that the mural also showcased famous landmarks within Misamis Oriental. Morales said they emphasized the simplicity of life in the layout.

"The Sacred Heart of Jesus symbolizes our faith and the syringe symbolizes Hope, that one day we can move on from this and find a cure to end this pandemic," she added.

The gratitude wall is a pilot project of Foodpanda for the frontliners, in hopes that it will inspire other cities to create a similar mural.