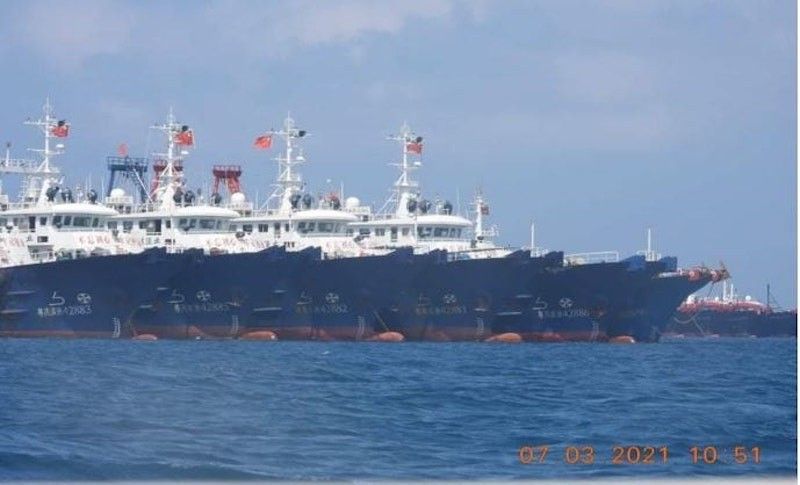 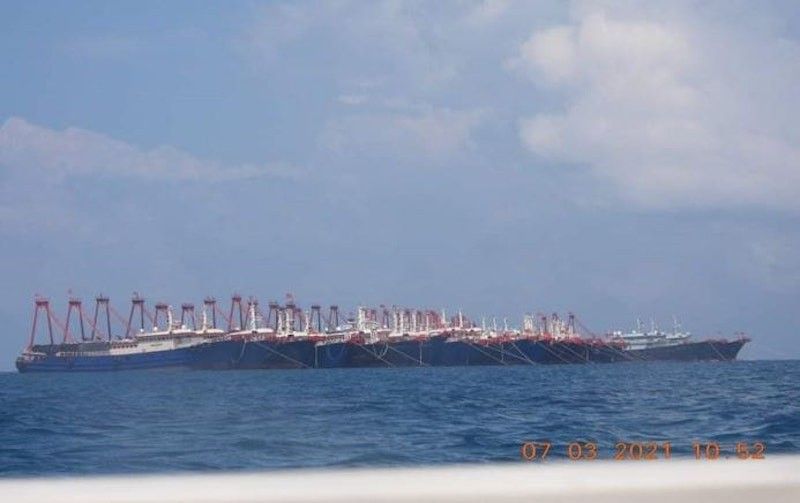 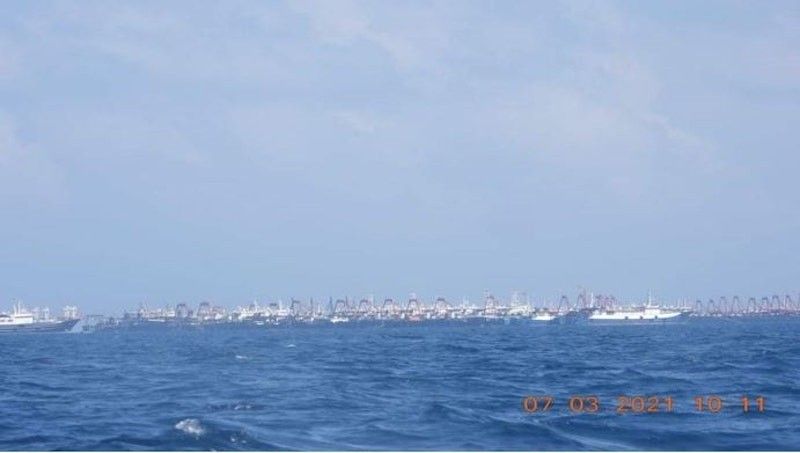 OVER 200 fishing vessels believed to be manned by Chinese maritime militia were sighted in line formation at the Julian Felipe Reef (Whitsun Reef) on March 7, 2021, the National Task Force for the West Philippine Sea (NTF-WPS) said.

In a statement late Saturday night, March 20, the NTF-WPS said the Philippine Coast Guard confirmed the presence of “around 220 Chinese fishing vessels, believed to be manned by Chinese maritime militia personnel.”

The Chinese vessels massed at the reef showed no actual fishing activities and had their full white lights turned on at night despite the clear weather.

“The NTF-WPS notes this circumstance as a concern due to the possible overfishing and destruction of the marine environment, as well as risks to safety of navigation,” NTF-WPS said.

Foreign Secretary Teodoro Locsin Jr., said he will wait for the recommendation of the Armed Forces of the Philippines (AFP) before filing a diplomatic protest.

“In my watch, foreign policy is the fist in the iron glove of the armed forces. I don’t care for media. Undependable. And civilian,” he added.

It is within the Philippine Exclusive Economic Zone (EEZ) and Continental Shelf (CS), over which the country enjoys the exclusive right to exploit or conserve any resources which encompass both living resources, such as fish, and non-living resources such as oil and natural gas.

The NTF-WPS said they will continue to monitor the situation to protect Philippine sovereignty and sovereign rights in the country’s maritime domain.

“In consonance with the Philippine commitment to the United Nations Convention on the Law of the Sea (Unclos), the government shall continue to peacefully and proactively pursue its initiatives on environmental protection, food security and freedom of navigation in the West Philippine Sea as part of its overall national security policy,” it added. (Third Anne Peralta-Malonzo / SunStar Philippines)