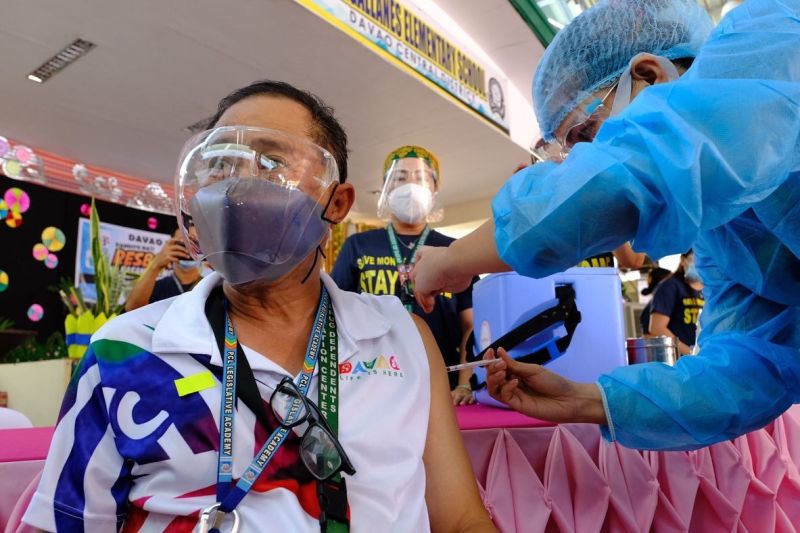 THE City Government of Davao has already started the pre-registration of Dabawenyos who want to be vaccinated with the Covid-19 vaccines.

Villafuerte said eligible for the registration are Dabawenyos who are 18 years old and above.

She said they can go to the nearest district and barangay health offices in their area to be pre-listed until their turn to get vaccinated.

The official said people must bring with them any proof of identification to be presented to the barangay or district health workers.

Meanwhile, Villafuerte announced that three vaccination hubs are ready for the vaccination of the general public. These are the University of Southeastern Philippines, Ateneo De Davao University and Matina Aplaya Elementary School.

“The areas are ready. Eventually, they will be opened once we start the vaccination of the general population,” she said.

Villafuerte said the city will not open other sites until all the vaccines under Priority Group A, composed of frontline healthcare and several non-healthcare workers, are completed.

Once all health workers are vaccinated, City Health Office Acting Head Dr. Ashley Lopez said the city will start administering the Covid-19 vaccine to more than 77,000 indigent and non-indigent senior citizens by April.

Based on the master list from the Office of the Senior Citizen Affairs, Lopez said there were a total number of 77,189 seniors who will be inoculated with the vaccine. (RGL with CIO)