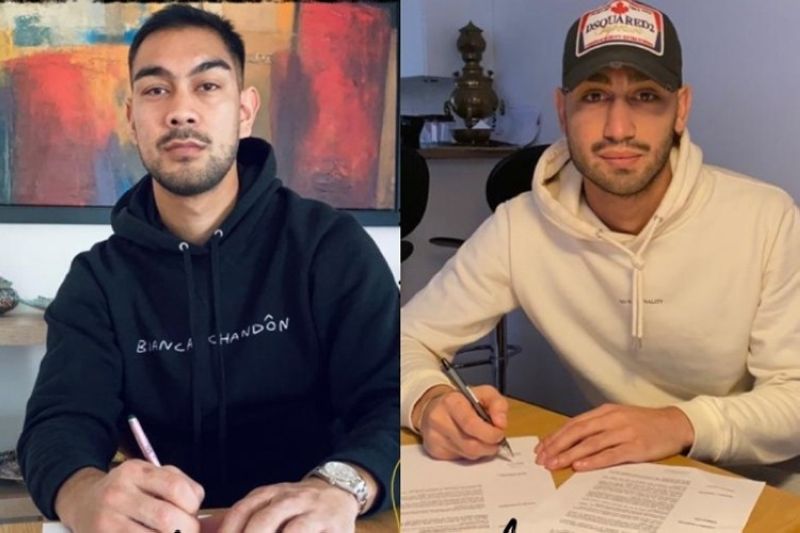 United City FC has strengthened the club ahead of the 2021 AFC Champions League with their latest signings led by international players Nazari brothers, Omid and Amin.

Omid, the older of the two football-playing siblings, was born in Sweden and had already played for 2 Philippine clubs -- Global FC and Ceres Negros FC where he initially saw action in the AFC Cup.

He also suited up with Melaka United in Malaysia before moving to Persib Bandung in Indonesia in 2019.

Meanwhile, his younger brother Amin, began with Malmö FF before signing with Assyriska FF in 2013.

The Swedish-born Filipino midfielder also played for Fredrikstad Fotballklubb, Falkenbergs FF, and IFK Mariehamn. In 2018, he was finally called up to play for the Philippine Azkals before he continued his club career with Ratchaburi Mitr Phol (Thailand) and Kedah Darul Aman FC (Malaysia).

Another Azkals International has found his way back to the Philippines from Malaysian Super League contender UiTM FC to join United City.

The 29-year-old Adam Michael Reed who had his Philippines Football League stints with Kaya FC and Davao Aguilas while highlighted his playing career in the Premier League, Thai League 1 and the Malaysian Super League.

Also signing-up with United City is 21-year-old Fil-Dutch Justin Baas, who has played in the Philippines 2019 SEA Games team and the Azkals 2022 FIFA World Cup Qualifiers.

The Filipino center back also played with Ratchaburi Mitr Phol in Thailand.

Curt also scored the first-ever goal in the PFL inaugural in 2017 when he played for FC Meralco Manila. He later transferred to Global FC and Ceres-Negros.

In 2019, Curt moved to Thailand to play for Chonburi FC and Ratchaburi Mitr Phol FC.

Rounding-off United City’s recruitment efforts is 33-year-old Korean Superstar Da-hwon Jung to UCFC and also give a big thank you to the team behind the scenes to bring together such a competitive squad, which seemed impossible just a few weeks back.

The South Korean wingback Da-hwon Jung started his K-League career with a bang in 2009 when he was first featured in a friendly match for FC Seoul against Manchester United. He also played for Gyeongnam FC, Jeju United FC, and Asan Mugunghwa FC making him one of the most decorated Korean players with over 250 career caps including Cup and league title wins and of course AFC Champions League appearances.