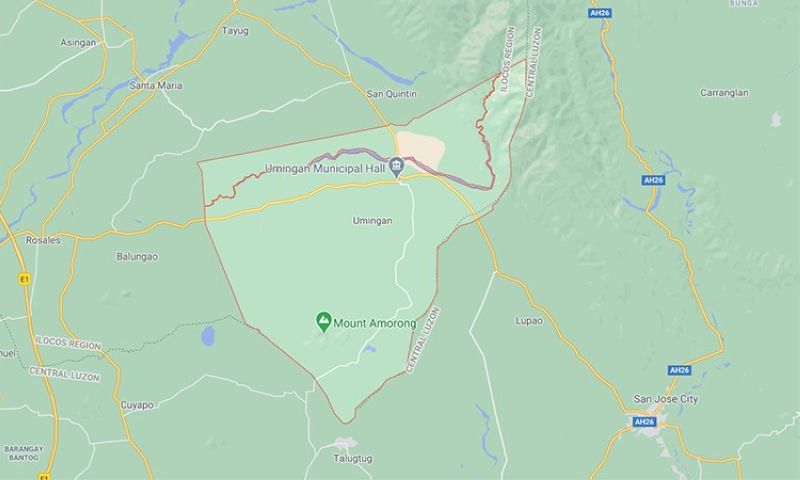 THE local Inter-Agency Task Force for the Management of Emerging Infectious Diseases (IATF) confirmed on Tuesday, March 23, that Umingan town’s coronavirus disease (Covid-19) patient 35 was positive for the B.1.1.7 United Kingdom (UK) variant of Sars-CoV-2.

This is the third UK variant case recorded in Pangasinan.

In an interview, Umingan Community Hospital Covid-19 focal person Rusell Peralta said the patient is a 56-year-old female who had no travel history outside of the province and has already recovered.

“She was the watcher of Covid-19 patient 34 who succumbed to the virus. She was tested on March 4 and based on the reverse transcription-polymerase chain reaction (RT-PCR) result, there was something unusual, hence she was subjected to whole-genome sequencing (WGS) of the University of the Philippines-Philippines Genome Center. The result came out positive on March 19,” he said.

Peralta said the close contacts of the patient were also tested and they were negative.

“She was the first Covid-19 patient with (a) UK variant in our town but she has already recovered,” he added.

She said the first to test positive for the UK variant based on the WGS was a 27-year-old male overseas Filipino worker from Dubai.

“His RT-PCR tested positive on January 28. He was quarantined for 14 days in Metro Manila and was only allowed to return to his home in Urdaneta City when he tested negative. His WGS result, however, was released on March 5. His close contacts have tested negative,” de Guzman said.

The second to test positive for the UK variant was a 65-year-old female from San Nicolas town, who tested positive for Sars-CoV-2 on February 18 while her WGS was released on March 12.

“She has no travel history outside of the province but she goes to the market and the church, which might have been the cause of her exposure. She had 83 close contacts but all, including her, are now negative of the virus,” she added.

De Guzman said although the UK variant does not cause severe symptoms, it is still contagious and precautionary measures should still be observed.

“It is still dangerous for the vulnerable group. We ask the public to observe health standards as the increased number of Covid-19 cases puts at risk the health of the 65-year-old age group, the children, and those with comorbidities,” she said.

De Guzman said although some vaccines were found effective against the new Covid-19 variants, it is still just an added layer of protection.

“We should observe minimum health standards like washing of hands, wearing of face masks, face shields, physical distancing, among others, amid the vaccines to prevent the spread of Covid-19,” she added. (PNA)