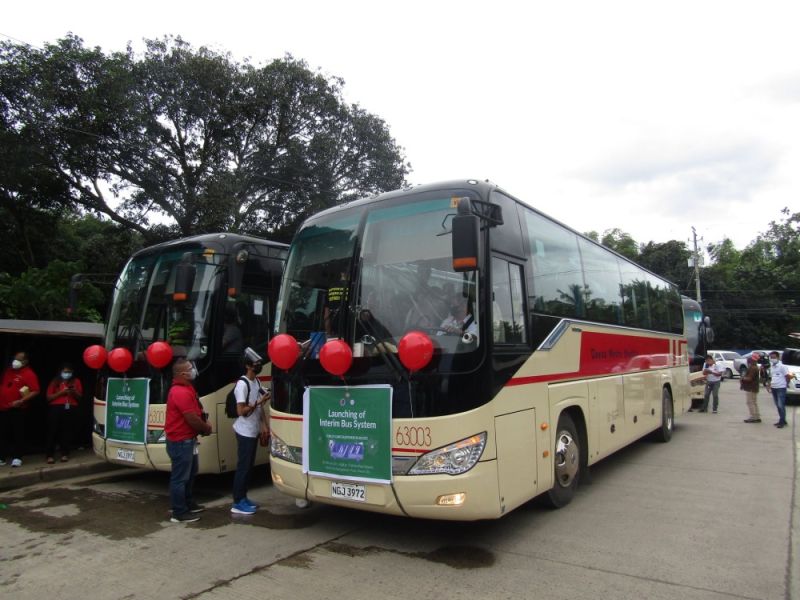 THE City Government of Davao launched the second route of the Interim Bus System (IBS) Project from Catalunan Grande to the central downtown area and vice versa on Tuesday, March 23.

This came more than a month since the first route of IBS was launched -- the Carlos P. Garcia (C.P.) Highway bus route -- on February 4. The C.P. Garcia Highway route will start from the Bypass Road turning right to Davao City-Panabo City Road, then turn around to Philippine Ports Authority and vice versa.

Davao City Mayor Sara Duterte-Carpio, who was present during the launching, said the second route will help cater to more passengers, particularly in areas with high-demand for public vehicles.

"We are opening the second route to continue our momentum. This time catering to a fast-growing residential area that is Barangay Catalunan Grande," Duterte-Carpio said.

The IBS, she said, is the precursor of the major project High Priority Bus System (HPBS).

She said IBS and HPBS have a shared similarity as it provides "high-end capacity and energy-efficient utility buses for specific city routes, with dedicated bus stops along each route."

"While we continue to make any roads and progress in our goal in modernizing our public transport system, there is still much left to be done," she said.

Duterte-Carpio thanked the National Government and the private sector for helping the City Government in implementing the project.

Land Transportation Franchising and Regulatory Board-Davao Region (LTFRB-Davao) Director Nonito Llanos III said the launching of IBS is in accord with the Public Utility Vehicle Modernization Program (PUVMP) of the National Government.

PUVMP is a National Government program with the goal of making the country's public transportation system efficient and environmentally friendly by 2020.

"This truly answers the need of the riding public to have a safe and efficient mode of transportation and travel that will provide them ease and comfort," Llanos said.

The newly open route, he said, will improve the transportation system of the city.

LTFRB Chairman Martin Delgra III said the modern amenities of the bus units and the cashless payments among its features.

The IBS is the first phase of the HPBS, which is a part of the Transport Roadmap of the City Government of Davao.

The city said the purpose of the roadmap is to support the improvement of transportation so that it prioritizes modes according to their economic, environmental, and community sustainability.

The HPBS project involves the delivery of a modern bus system for the city, wherein interconnected bus services will be prioritized within the 137-kilometer core network and feeder routes composed of 489-kilometer.

In a previous article, the IBS was supposed to be launched sometime in 2020 but was delayed due to the Covid-19 pandemic.

HPBS Manager and Assistant City Administrator for Administration lawyer Tristan Dwight Domingo said in a recent report that the bus project is expected to be fully operational in 2023.